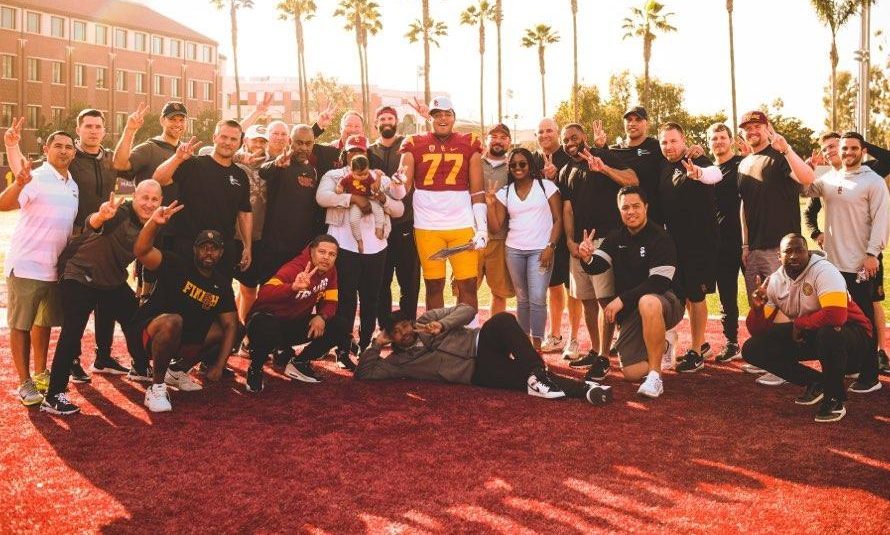 USC demonstrated a commitment to recruiting the offensive line in the 2020 class and that carried over to the 2021 class on Wednesday, as the Trojans landed their first verbal commitment from an offensive linemen, in Mason Murphy.

The 6-foot-5, 290-pound Murphy (San Juan Capistrano, Calif./JSerra) picked up an offer from USC last summer, following a camp, and was back at USC this past weekend. While he said earlier this week that he would take an official visit to USC in April and one to Washington in May or June before deciding, he also added that he’d like to commit as soon as he was ready.

That turned out to be Wednesday evening.

“This is a dream come true,” Murphy posted to twitter. “Thank you to the USC coaching staff for giving me this amazing opportunity to play ball at the next level and get a great college education.”

Murphy continues a trend for USC of recruiting offensive tackles and then finding a place for them along the line once they are enrolled. Head coach Clay Helton specifically mentioned the 2017 recruiting class, where Alijah Vera-Tucker, Austin Jackson, Andrew Vorhees and Jalen McKenzie were all high school offensive tackles. At USC, Vera-Tucker, Vorhees and McKenzie have played guard for the majority or entirety of their careers.