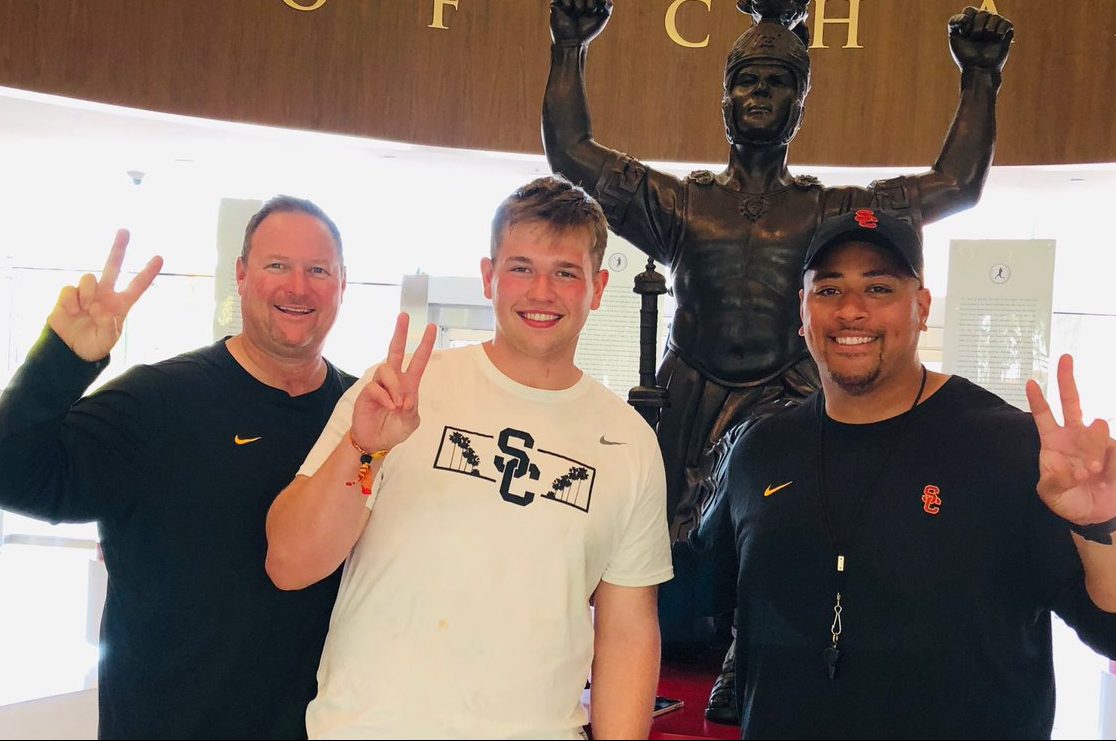 The USC Trojans added their second commitment of the day and fifth of the week on Friday evening, as offensive tackle Andrew Milek announced his commitment.

The 6-foot-6, 295-pound offensive tackle from Brophy Prep in Phoenix earned his scholarship offer from USC in early June. He camped with the Trojans this past week and took to social media to announce his commitment.

Like the rest of the linemen, Milek is a prospect who has seen his recruiting stock rise this offseason, as he added offers from Boise State, Colorado, Colorado State, Fresno State, and Utah State, among others, before landing the offer from USC.

The building numbers along both lines should be welcome news for USC fans, as the Trojans struck gold on the offensive and defensive lines in 2017, but have largely struck out with their top targets in the past two classes. After signing five offensive linemen and five defensive linemen in 2017 (with potentially eight of those serving as starters this season), USC hasn’t come close to matching those numbers in either of the past two classes. Loading up along the lines with both quality and quantity is very important for the makeup of the 2020 class, and these recent commitments represent a really nice start there.