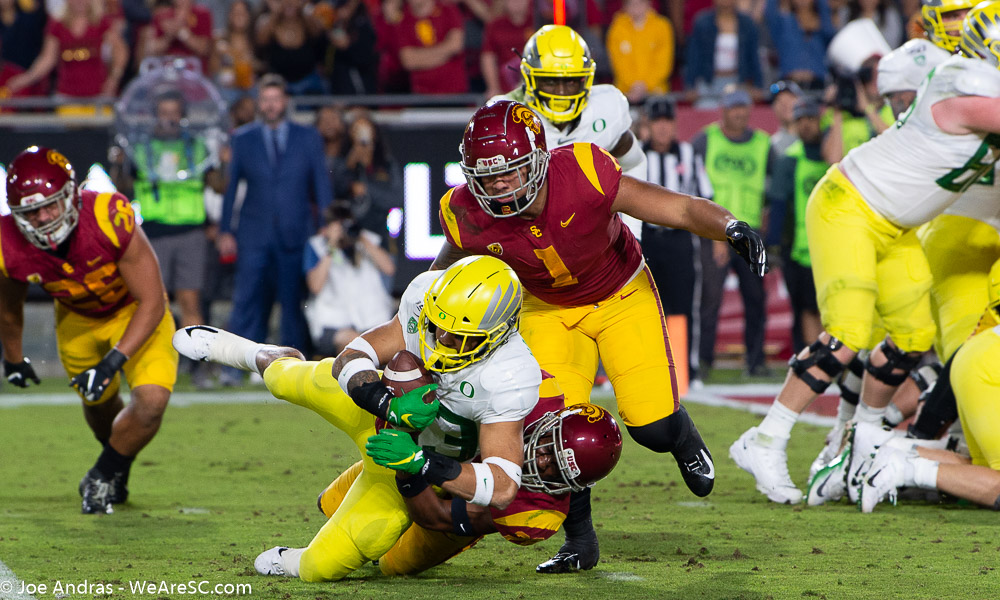 Oregon and USC won’t play during this shortened regular season, but the Pac-12 media overwhelmingly picked the Ducks and Trojans to win their respective divisions and meet in the conference championship game.

USC received 32 of 38 first-place votes in the Pac-12 South, with Arizona State receiving two and Utah four. In the North, Oregon picked up 35 first-place votes, with the remaining three going to Cal.

Despite finishing with fewer first-place votes, Arizona State was picked to finish second in the South, with Utah, UCLA, Colorado and Arizona behind them.

Oregon ultimately landed as the preseason pick for Pac-12 champion, as the Ducks earned 21 votes as the championship game winner. USC finished second, with 15, while Arizona State and Utah received one each.

This is the sixth year since the creation of the Pac-12 that USC was selected as preseason South champions. The Trojans have proven that correct just twice (2015 and 2017), though USC would have gone had they been eligible in 2011.

There will be no time wasted in likely deciding the Pac-12 South this season, as Arizona State and USC will play the Pac-12’s first game of the season when they kick off at 9 am PT on November 7. USC then travels to Utah on Nov. 21, potentially fixing the Trojans’ ability to reach the conference championship by the third week of the season,