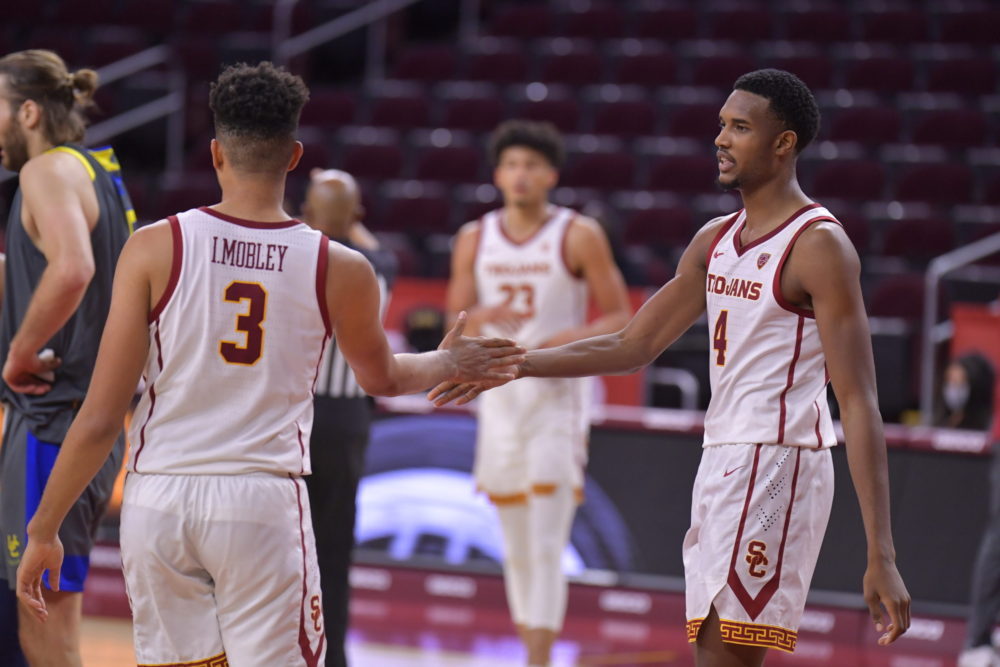 USC will indeed host Oregon this season, as the school announced Thursday morning that the Trojans will host the Ducks on Monday, Feb. 22. That game will force the postponement of USC’s home game against Stanford, previously scheduled for Feb. 22 and now moved to the week of March 1.

The original matchup between Oregon and USC was supposed to take place Jan. 30, but was postponed due to Covid issues within the Oregon program. No Pac-12 program has lost more games to Covid issues this season than Oregon, as the Ducks have played just 16 total games and 10 conference games.

Still, the Ducks are 7-3 in conference, good for third place and will present USC with a challenge.

This is the fourth date for USC’s home game against Stanford. Initially this was supposed to take place on Dec. 13, but a positive Covid test within the USC program forced a postponement to Feb. 2. That date was then flipped to a road game between the two teams, with the game at the Galen Center moved to Feb. 22. Now, it will be pushed back a week, to a date still to be determined the week of March 1.

After beating Arizona State on Wednesday night, USC’s difficult finish to the season gets even tougher. The Trojans will host Arizona on Saturday afternoon, then quickly turn around for the game against Oregon on Monday. That’s followed by a trip to the mountain schools, with Colorado on Thursday and Utah on Saturday. The Stanford game will take place sometime between the Utah game and the season finale against UCLA, scheduled for Saturday, March 6.

The remaining games against Arizona, Oregon, Colorado, Utah, Stanford and UCLA means the first-place Trojans will play the teams in second through seventh position in the Pac-12 standings to close the regular season.