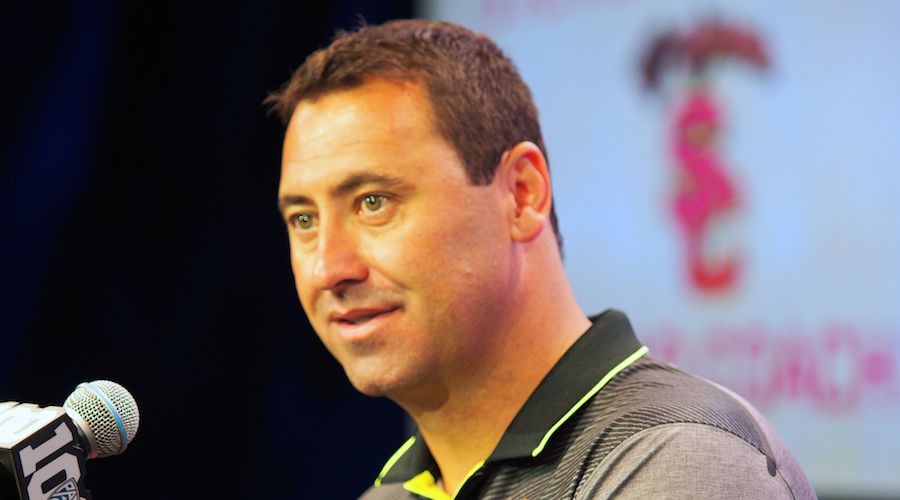 The 2015 season marks a big opportunity not only for the USC football team but for coach Steve Sarkisian as well.

For the man known far and wide as Sark, this year offers the best chance yet for him to show everyone that he is ready to take that proverbial next step in his development as a head coach. It’s not like his body of work to this point is without merit; after a record-setting career as a quarterback at BYU he served an apprenticeship at USC under Pete Carroll where he tutored a pair of Heisman-winning quarterbacks (Carson Palmer and Matt Leinart), had a relatively successful stint in his first head job at Washington before leading the Trojans to a nine-win season in his first year on the job at USC. I would challenge you to find many 41-year old coaches around the country who can match that resume.