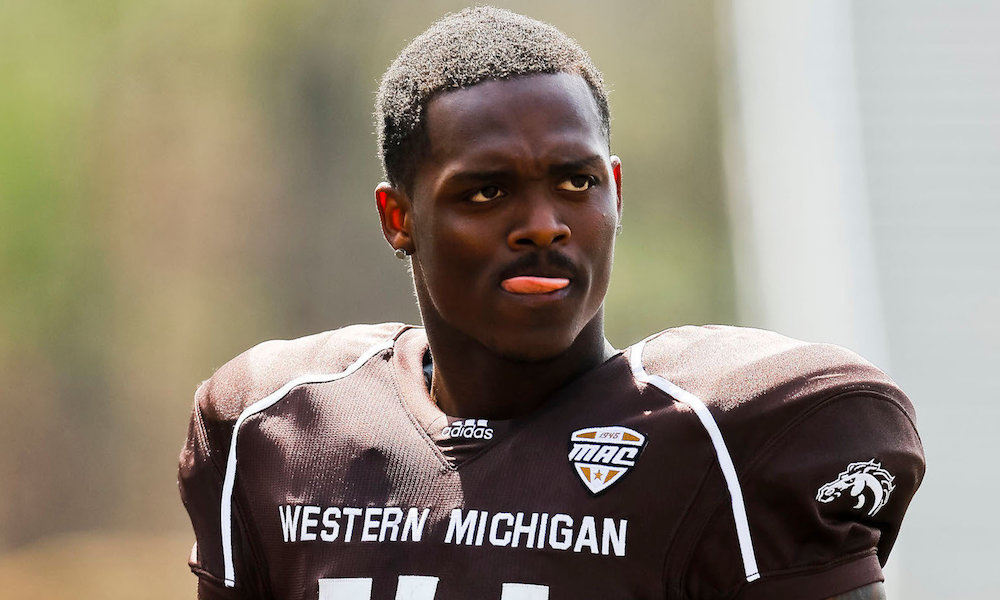 As far as home openers go the Trojans won’t be looking at any sort of pushover when the Western Michigan Broncos come to town on Saturday.

The Cinderella season for the Broncos in 2016 has been well documented with 13 straight wins to open the season (including the Mid-American Conference title game) before finally suffering a loss 24-16 in the Cotton Bowl against Wisconsin.

There are 15 returning starters back from that team, players who Clay Helton says have the confidence of knowing how to win football games.

“Winning that many games in a row is hard,” Helton said.

There are talented players such as cornerback Darius Phillips (#4, 5-10, 190), who Helton called an NFL player and the Western Michigan version of Adoree’ Jackson. Phillips intercepted four passes last year and returned three of them for touchdowns, and was also named the MAC Special Teams Player of the Year. MLB Robert Spillane (#10) had 111 tackles in 2016 and plays well between the tackles, while outside linebacker Asantay Brown (#6) is a converted safety with good pursuit speed.

One of the reasons for the emphasis on the run game is the huge losses suffered from the passing game. Gone is quarterback Zach Terrell, the school leader in career passing yardage with 12,104 yards. And wide receiver Corey Davis has moved on to the NFL as a first-round draft choice of the Tennessee Titans after setting the NCAA career receiving yardage mark with 5,285 yards.

As if those losses weren’t enough, the Broncos will also be with a new coach after P.J. Fleck moved on to Minnesota. Fleck had re-energized the Western Michigan program (the conference title last year was the first for the school since 1988) and gained notoriety with his “rowing the boat” mantra, as well as the influx of talent that entered the school under his watch with a increased focus on recruiting.

No matter how much talent might still be on the roster the losses will be hard to overcome for new head coach Tim Lester, who will be taking on the #4-ranked Trojans in the Coliseum for the first coaching game at his alma mater.

The Trojans are currently a 27-point favorite per Las Vegas oddsmakers.