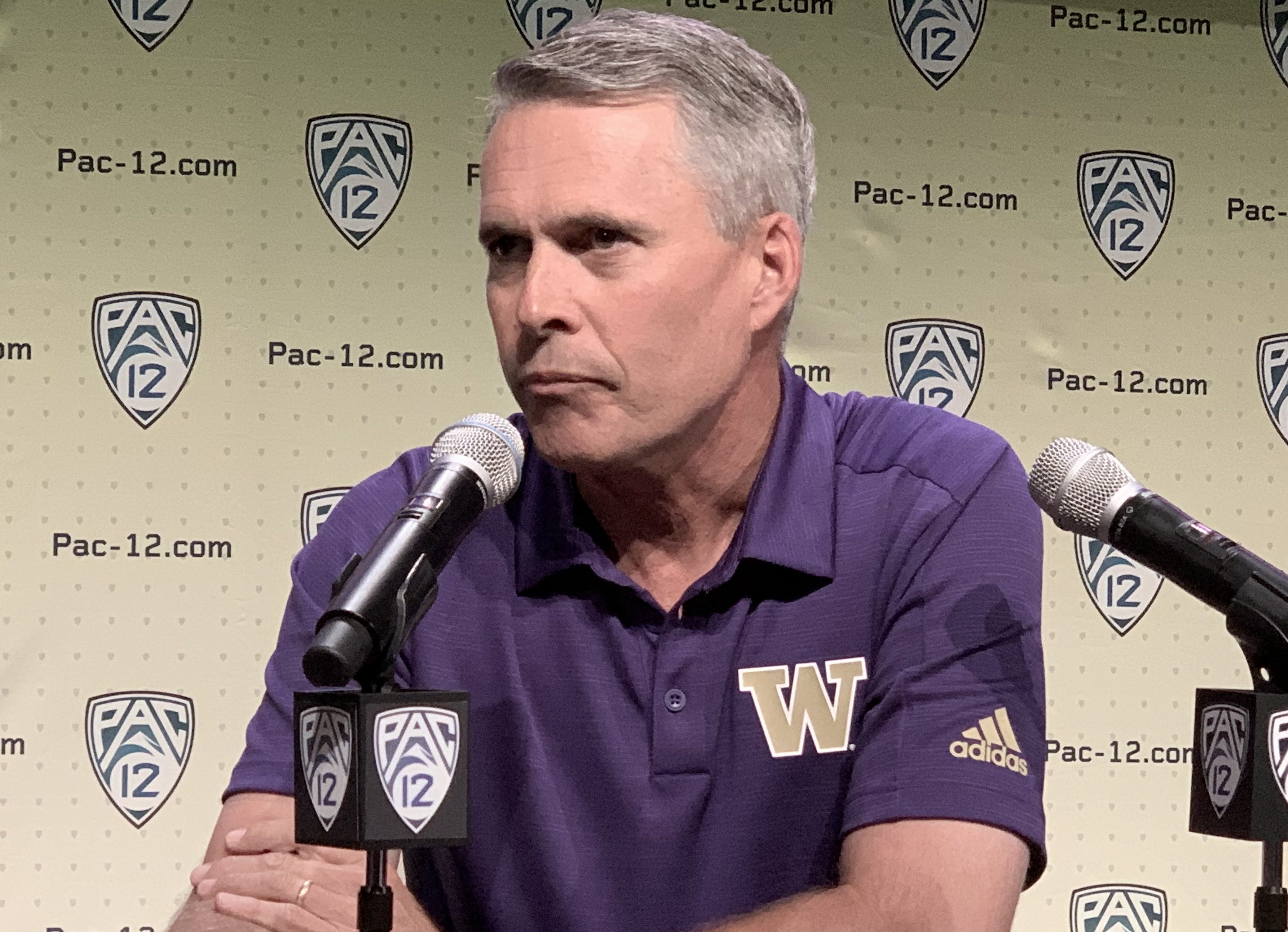 The No. 21 USC Trojans travel to face the No. 17 Washington Huskies this Saturday. Washington suffered an early-season, one-point loss at home to Cal, but rebounded nicely with resounding wins against Hawaii and at BYU. The Huskies present a balanced offensive attack that utilizes the arm of standout quarterback Jacob Eason, and a defense with talent in all three levels, all under the guidance of Chris Petersen, college football’s winningest active FBS coach.

As the Trojans are dealing with an injury to their starting quarterback, the Huskies are dealing with one to their starting running back. Salvon Ahmed missed the BYU game with a leg injury, and Petersen said following the win against the Cougars that Ahmed “was not close” to being able to play last week, but that he is close to being able to play against USC. Ahmed is a solid runner, but none of the Washington backs present the problems that Utah’s Zack Moss does. If he is unable to go, Sean McGrew, coming off a 100-yard outing against BYU, will serve as the lead back. The 5-foot-7, 186-pound McGrew won’t break tackles with power, but he’ll challenge the USC defense with speed and shiftiness. The Trojans could also see Richard Newton, a 6-foot, 210-pound back who leads the team with five rushing touchdowns, though he also fumbled twice against BYU.

Quarterback Jacob Eason is the guy who makes this offense go, as he possesses a terrific deep ball and can make all the throws. After transferring from Georgia and sitting out last season, he grabbed the starting spot in a heated competition. This season, he’s completing 73% of his passes for 1,063 yards and 10 touchdowns against two interceptions. He also isn’t anywhere near the running threat that Utah’s Tyler Huntley was. His favorite target this year has been Aaron Fuller, who leads the team with 21 receptions for four touchdowns. But Eason also feeds the tight ends plenty. Hunter Bryant leads the team with 285 receiving yards, on 19 catches and a touchdown. Cade Otton has eight receptions for 75 yards. Wide receivers Andre Baccellia and Chico McClatcher have 16 and nine catches, respectively, as the top three receivers pose matchup problems with their speed and ability to get deep, rather than size.

Washington’s offensive line some terrific talent on it, starting with left tackle Trey Adams, as well as center Nick Harris. Right tackle Jared Hilbers isn’t as well-known as those two, but he has gone 124 pass-blocking snaps without allowing a quarterback pressure, according to PFF. Overall, the line has allowed five sacks, and the Huskies are rushing for 4.8 yards per carry.

This is an offense that USC’s defense should match up fairly well against. With Petersen at the helm, there is certainly a possibility that Washington will attack the edges of the USC defense until the Trojans show they can stop it.

Washington has led the Pac-12 in scoring and total defense each of the last four seasons, and the Huskies are off to another strong start on that side of the ball. Washington’s defense is allowing 18.2 points per game, fewer than four yards per rush and has allowed just nine touchdowns in four games. The defense has helped get the Huskies off to big starts this season, as Washington is outscoring opponents 63-3 in the first quarter.

The strength of this unit is in the back seven, as safety Myles Bryant has turned himself from a former walk-on into a star. He leads the team with 24 tackles and two interceptions. Cornerbacks Kyler Gordon, Keith Taylor, and Elijah Molden are Nos. 3-5 on the team in tackles, with Molden leading the way with seven pass deflections.

There is some talent up front in Levi Onwuzurike, and Benning Potoa’e leads the team with three sacks. Joe Tryon and Ryan Bowman are outside linebackers who rush the passer and give the defense a four-down lineman look, but Tryon will miss the first half after being ejected in the third quarter against BYU.

This is a defense that thrives against one-dimensional passing teams, and has eaten up the Washington State Air Raid. Since 2013, the Cougars are 0-6 and have not scored more than 17 points against Washington. Against Utah, USC found plenty of success through the air even without getting anything on the ground. Against Washington, if the Trojans can’t run the ball, the Huskies will absolutely present a stiffer challenge when USC tries to move the ball through the air.

Washington already shut down Hawaii’s pass-first offense this season, picking off quarterback Cole McDonald three times, while holding the Warriors to 26-of-47 passing for 254 yards and one touchdown against those three picks. They will show different looks against USC and might be fine going with what worked for BYU — three down linemen against eight defenders dropped into zone coverage — until USC shows they can beat it.

The Trojans will face another solid kicker in Washington’s Peyton Henry. He is a perfect seven-for-seven this season, with a long of 49 yards, to go with a 20-for-20 mark on extra points. Tim Horn has 18 touchbacks on 31 kickoffs.

It’ll be another battle of Australian punters, as Joel Whitford is averaging 44.6 yards per punt, and has dropped four of his seven kicks inside the 20-yard line.

Washington is dangerous in the return game, with McGrew and Fuller. While McGrew hasn’t broken one yet, he does have a 42-yard return this season. Fuller is averaging 18 yards per punt return, and hit one for an 88-yard touchdown last week against BYU. USC has done well in not allowing return yards of late, and that will need to continue against Washington.