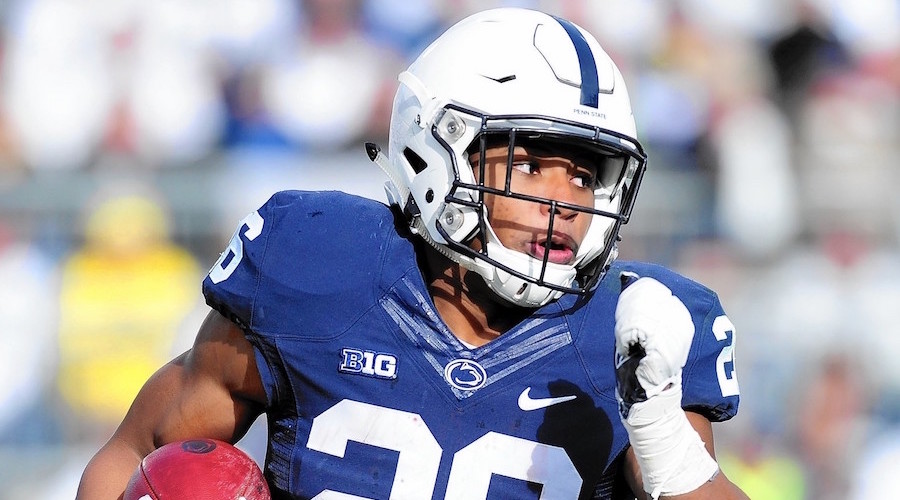 After reeling off eight consecutive victories, a red-hot No. 9 USC (9-3 overall, 7-2 Pac-12) team finds itself rewarded with a once-unimaginable trip to the Rose Bowl on Jan. 2, where they will square off with No. 5 Penn State (11-2 overall, 8-1 Big Ten), a squad whose season has mirrored that of the Trojans’ in many ways.

The Nittany Lions got off to a rocky 2-2 start before Head Coach James Franklin and Co. completely turned things around, with Penn State ultimately going on a nine-game winning streak that included a 38-31 victory over Wisconsin in the Big Ten Championship Game.

Leading the Nittany Lions’ run has been an explosive offensive attack led by a two-headed monster in quarterback Trace McSorley and running back Saquon Barkley, not to mention the nation’s No. 22-ranked defense, so the Trojans will certainly need to come to Pasadena prepared for a challenge on both sides of the ball.

McSorley directs a no-huddle, spread-it-out offensive attack at Penn State that commonly features plenty of run-pass option (RPO) plays, and he’s done so with great success. On the season he’s thrown for 3,360 yards and 25 touchdowns with just five interceptions, and his pass efficiency rating of 156.6 ranks No. 14 in the FBS. Having rushed for 362 yards and six touchdowns, he’s also extremely mobile. Big plays have been another mark of McSorley’s game. He’s completed 61 passes that have gone for 20 or more yards this season – the No. 2 mark nationally.

While McSorley has received much of the attention in recent weeks, the heart and soul of the offense from the beginning has been Barkley. The Big Ten Offensive Player of the Year, he’s rushed for 1,302 yards and 16 touchdowns this season, while also catching 23 passes for 347 yards and three touchdowns. Robinson has proven to be a valuable contributor in short-yardage situations, scoring five touchdowns on just 28 rushing attempts.

Godwin is the most reliable receiver in Penn State’s deep passing attack. He currently leads the team in receptions (47), yards (762) and touchdowns (9), so you can be sure that the Trojans secondary will be keeping close tabs on him. Blacknall caught six passes for 155 yards and two touchdowns against Wisconsin, and he averages an eye-popping 23.1 yards per catch for the season.

Gesicki has broken out in 2016, emerging as a dangerous weapon in the Nittany Lions passing game. After hauling in a total of 24 passes in his first two years on campus, he’s set Penn State single-season records for a tight end this season in receptions (47) and yards (668), while also scoring four touchdowns.

A unit hit hard by injury, the Penn State offensive line has been marked by some up-and-down play, particularly early on this fall. This group has improved as the season has progressed, however, thanks in part to Gaia, the sturdy veteran leader of the unit. The most talented member of this group, right tackle Brendan Mahon (6-4, 320, Sr.), has missed the last four games due to an undisclosed injury. No word yet on if he could potentially make it back for this game.

The Nittany Lions utilize a 4-3 base alignment on defense, with a deep defensive line setting the tone up front. This is a unit that has really come on through the later stages of the current campaign, spearheading a Penn State pass-rush that has come up with 39 sacks this season – the No. 10 mark in the nation. Given Sam Darnold’s mobility, it will be interesting to see what kind of impact they have in this contest. Sickels, who lines up at defensive end, leads the Nittany Lions with 12.5 tackles-for-loss, and he’s tied for the team-lead in sacks with six.

Bell, who lines up at Will, and Cabinda, the MIKE linebacker, are invaluable performers for the Nittany Lions. With both players injured early on this season the defense struggled against the run, but since their return the entire unit has played at a higher level. Bell leads this group with 87 tackles. He’s twice come up with 18-tackle performances this season – against Michigan State and Ohio State.

Both Reid and Haley have been solid in coverage for the Nittany Lions, with Reid, in particular, having really asserted himself as a sturdy contributor. Save for a late-season matchup with Indiana, however, they just haven’t been tested like they’re going to be against USC’s passing attack.

Allen has arguably been Penn State’s most consistent performer throughout the season. Big and rangy, he’s a force in run support, coming up with a team-high 101 tackles (52 solo) this season.

Gillikin is averaging 42.1 yards per punt, while placing 21 of his 56 attempts inside the opponents’ 20-yard-line.

Recently named the winner of the 2016 Vlade Award, presented annually to the nation’s most accurate placekicker, Davis has been fantastic this season, connecting on 22 of 24 field goal attempts, with both of those failed conversions coming on blocks. Julius handles kickoffs, recording 45 touchbacks on 93 attempts.

Sanders averages 21.1 yards per return this season, with a long of 48 yards.

Reid averages 7.5 yards per punt return, with a long of 59 yards.