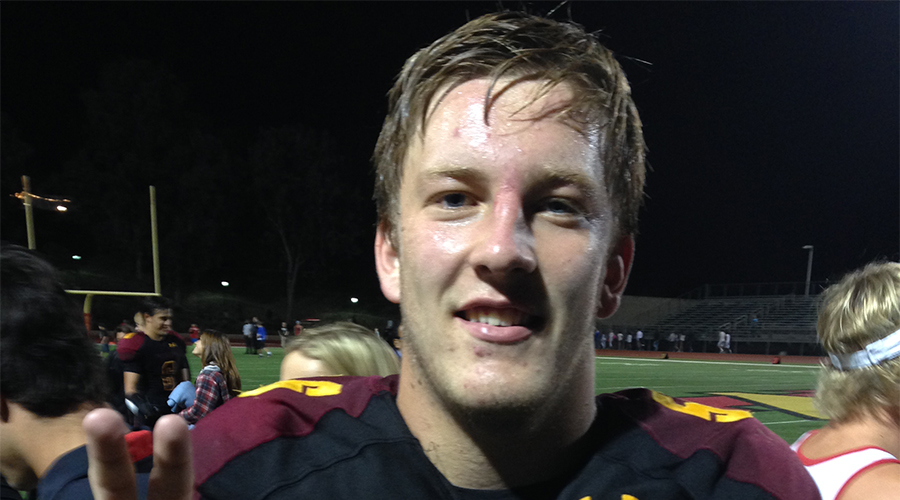 The Obvious: The Trojans will open the 2015 season on Sept. 5 by hosting the Arkansas State Red Wolves in the Coliseum.

The Not So Obvious: Arkansas State finished the 2014 season 7-6.

The Obvious: Following Arkansas State in the 2015 opener, the Trojans will play the Idaho Vandals.

The Not So Obvious: Idaho finished the 2014 season at 1-10 and will prepare for the Trojans in 2015 by playing the Ohio Bobcats on Saturday, Sept. 5, before coming down to the Coliseum for their Saturday date with the Men of Troy on Sept. 12.

The Obvious: You have to wonder if the Trojans games against Arkansas State and Idaho might have a strength-of-schedule impact if the Trojans entertain any hopes of making the College Football Playoff semi-finals in 2015.

The Not So Obvious: Speaking of SEC strength-of-schedule, you might want to know that in 2015 Idaho will travel to play at Auburn on Saturday, Nov. 21. As a reference to this season’s CFP championship teams consider Ohio State opened with a victory at Navy (34-17) while Oregon opened with a victory hosting South Dakota (62-13).

The Obvious: Oregon will wear a new “visitors” uniform in the College Football Playoff National Championship that won’t even have their school colors (green and yellow) on the uniform.

The Not So Obvious: With former Trojans offensive line coach Tim Drevno now a Wolverine, the addition of Baxter is starting to make the Maize and Blue look a little bit Cardinal and Gold. What next, Ed Orgeron as defensive line coach? Well, not likely because Michigan already has a good one in nationally respected veteran Greg Madison. However, the O/NSO reminds you this is Jim Harbaugh we’re talking about, and it’s all about winning.

The Obvious: According to WeAreSC publisher and recruiting guru Garry Paskwietz, the next big recruiting weekend for the Trojans will be Jan. 17 with ten recruits coming to campus.

The Not So Obvious: Of the ten, there will be a number of already committed players such center Cole Smith (above photo), quarterback Sam Darnold, defensive linemen Noah Jefferson, and Christian Rector to name a few. However, one to keep an eye is current Trojans running back verbal Dominic Davis, who is rumored to still be eyeing UCLA. Davis will be worth keeping an eye on.

The Not So Obvious: It’s hard to knock the current Trojans recruiting efforts, but Irwin is a sensational wide receiver. The O/NSO understands the kid wanted to be a Trojan, but it just didn’t work out. This will not be the last time the Trojans will be hearing from one Trent Irwin, and BTW, whatever happened to recruiting possession receivers that can also go deep?

The Not So Obvious: Ya think that Utah head coach Kyle Whittingham won’t catch some heat if both Masina and Gustin end up at Troy and eventually playing against the Utes in the tough Pac-12 South Division?

The Obvious: The St. Louis Rams could return to being the Los Angeles Rams in the future if current of Rams owner Stan Kroenke gives the final signal to actually start churning dirt at the former site of the Hollywood Park Racetrack.

The Not So Obvious: Kroenke already owns the land at the site and apparently plans to build an NFL stadium, although St. Louis just released plans to build a new stadium for the Rams. What makes it significant is that current head football coach of the Rams is former Trojans all-star defensive back Jeff Fisher.

The Obvious: Jeff Fisher was an accomplished defensive back when he played at Troy.

The Not So Obvious: Fisher played for USC Hall of Fame coach John Robinson in a star-studded Trojans defensive backfield that included future NFL stars Ronnie Lott, Dennis Smith, and Joey Browner. Fisher’s Trojans career college statistics included five interceptions and 108 tackles. The versatile Fisher also served as the Trojans’ backup kicker and earned Pac-10 All-Academic honors in 1980. Jeff was originally a seventh-round draft selection of the Chicago Bears in 1981 and appeared in 49 games as a defensive back and return specialist in five NFL seasons.

The Obvious: According to court records revealed by The Times, the due date for an appellate court’s ruling on sealing hundreds of pages of internal NCAA emails and other documents in former USC running backs coach Todd McNair’s defamation lawsuit has been extended to Feb. 2.

The Not So Obvious: Well, hold on to your Trojans helmet, as the NCAA could have major mess on its face if what is being said is in those tantalizing NCAA emails is true. The O/NSO thought earlier that maybe the whole case would be settled out of court for a boatload of money; however, McNair and his lawyers believe that they are in the catbird seat to gore the NCAA. If the “emails” are released, all heck could break out and the beneficiaries being McNair and the University of Southern California. The bigger question will become: What will the Trojans do judicially if the NCAA is caught with its collective pants down?

The Obvious: The Sugar Bowl is located in New Orleans.

The Not So Obvious: Former Trojans All-America tackle Tony Boselli. a member of the 2014 College Football Hall of Fame Class, was honored along with the others inductees during the 10th Annual NFF National Hall of Fame Salute at the Allstate Sugar Bowl on New Year’s Day.

The Obvious: UCLA head football coach Jim Mora recently denied that he has had any contact with NFL teams, despite rumors to the contrary.

The Not So Obvious: Okay, Trojans fans know from the Pete Carroll episodes just what lies down the road for Mora. The O/NSO says Mora will return to the NFL because he, like Carroll, feels he has something to prove.

The Obvious: Dan Guerrero is the UCLA athletic director.

The Not So Obvious: If and when Jim Mora to the NFL, you can be sure that Guerrero will again make the right selection in selecting a football coach. The O/NSO knows Guerrero well, and he generally doesn’t make incompetent hires.

The Obvious: And finally, when comparing terms, fans like to use comparative scores to see if they can come to a conclusion regarding the strength of one team over another.

The Not So Obvious: For the record, Arkansas State played Idaho this past season, and AS defeated Idaho, 44-28, in a Sun Belt Conference game in Idaho’s Kibbie Dome.