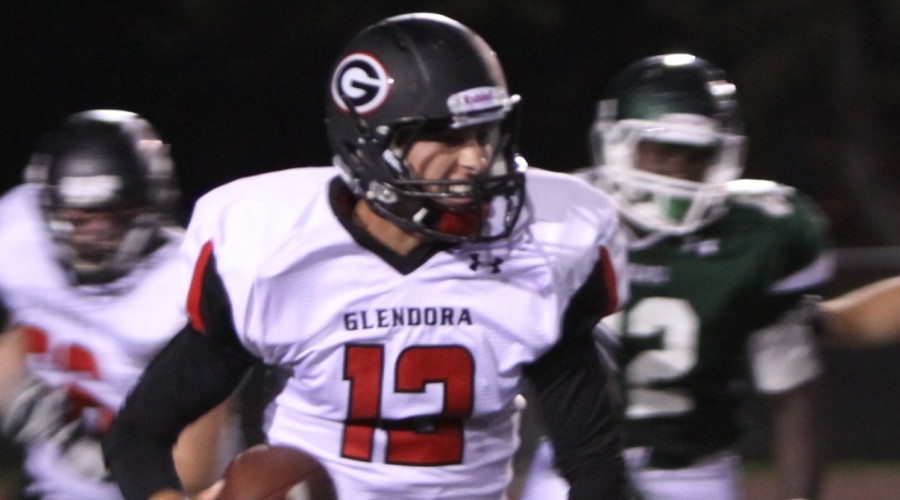 The Obvious: There are organizers that want to institute a postseason bowl game between the Pac-12 and the Mountain West Conferences in Australia.

The Not So Obvious: According to a story on ESPN, Paul Sergeant, CEO of Melbourne Stadiums Limited, is part of a group proposing to host a bowl game at Etihad Stadium in Australia next season, featuring teams from the Pac-12 and Mountain West. The game would be played between Dec. 20 and Dec. 30. Anybody for a USC/Boise St. “down under”?

The Obvious: So how many fans would this new bowl game in Australia think it could draw, especially during the holidays?

The Not So Obvious: According to Paul Sergeant, “We would expect visiting fans (from the United States) in the hundreds, not the thousands. We’re basing having a capacity crowd on the domestic market.” Good thinking, Paul.

The Obvious: The USC Trojans had six football players taken in the 2015 NFL draft.

The Not So Obvious: Sometimes we getting overburdened with numbers, but it’s hard to ignore if you’re a high school recruit when you see that USC has the current all-time first-round NFL picks record (79) compared to its closest challenger Ohio State (71).

The Obvious: The Trojans now own the NFL all-time draft record by one school with 489 selections.

The Not So Obvious: Notre Dame is the next closest competitor at 485 selections, and you know that bugs the Irish nation.

The Obvious: The Trojans are tied with two other universities for the all-time No. 1 overall NFL draft pick.

The Not So Obvious: The Trojans, Notre Dame, and Auburn each have had five No. 1 overall picks.

The Obvious: Glendora (Calif.) High quarterback Matt Fink (above photo) announced this week that he will attend USC as part of the class of 2016.

The Not So Obvious: The O/NSO knows what you’re thinking… another quarterback? However, it’s the type of quarterback that Fink is that deserves some scrutiny. With the previous addition of San Clemente (Calif.) High quarterback Sam Darnold, the Trojans appear to be moving to that long rumored dual-threat quarterback. Fink, like Darnold, is tall and somewhat slight and can pass and run. The future spring practices should become rather interesting to see if there is a gradual change in the way the Trojans play offense.

The Obvious: The Trojans are recruiting Tate Martell (Las Vegas Bishop Gorman) for the class of 2017.

The Not So Obvious: Much shorter than Sam Darnold and Matt Fink, Martell, who stands a reported 5-foot-11, is yet another run-pass quarterback. Martell was offered early by Steve Sarkisian when Sark ran the show for the Washington Huskies. This could a really interesting recruiting battle, especially given the size of the current USC quarterbacks and that of Martell.

The Obvious: Defensive end Isaac Garcia (Bellevue, Wash./ Bellevue), who was committed to the Trojans for the class of 2016, has elected to decommit from the Men of Troy.

The Not So Obvious: Garcia said on his tweeter site his decision was based on talking with family members and mentors. As you may recall, Garcia’s high school coach, Butch Goncharoff, was a speaker at long month’s Trojans football clinic.

The Obvious: Trojans linebacker commit Daelin Hayes of Michigan has been a verbal for a long time.

The Not So Obvious: One of the best recruiting comments the O/NSO has seen in quite some time was delivered by Hayes this past week when he announced his top four choices. Said Daelin, “My top four is USC, University of Southern California, Fight On Family and Trojan Nation. It would take an apocalypse for me not to go there.” Could one of his future options be “Southern Cal”?

The Obvious: Trojans head football coach Steve Sarkisian and Trojans head basketball coach Andy Enfield will again be touring around the state drumming up support, both financially and emotionally, for the 2015 season.

The Obvious: The Trojans will play at Notre Dame on Oct. 17.

The Not So Obvious: One player that will be missing for the Irish this fall will be “former” quarterback Everett Golson, who is leaving on his own accord and has already graduated. It appears that the writing is on the wall and the Irish will go with talented Malike Zaire, who appeared last season in the Coliseum against the Trojans and seemed to spark the Irish in their devastating 49-14 loss to the Men of Troy. Zaire appeared in five games last season and had a better yards-per-play average than Golson.

The Obvious: The Trojans will play at Oregon on Nov. 21.

The Not So Obvious: Could Everett Golson end up being the new Oregon quarterback this fall? The Ducks seem unsettled at quarterback coming off of spring ball. ESPN is reporting that schools that might be interested in Golson include Alabama, Florida, Florida State, LSU and Texas.

The Obvious: Arizona State upset the Trojans, 38-34, last season on a miraculous 46-yard Hail Mary touchdown pass near the end of the game from quarterback Mike Bercovici to Jaelen Strong.

The Not So Obvious: Strong has moved on to the NFL, but Bercovici will be the starting quarterback for the Sun Devils in 2015. And if there is any doubt that he will be the starter, ASU head coach Todd Graham named Bercovici as one of the 2015 team captains.

The Not So Obvious: Tony’s charity, the Boselli Foundation, is hosting the fifth-annual THE CUT Friday, as part events surrounding the 2015 Players Championship golf tournament at TPC Sawgrass in Ponte Vedra Beach, Fla. The Boselli Foundation provides educational and character development programs to at-risk children in Jacksonville, Fla.

The Obvious: And finally, the Australian Bowl hopes to have their postgame bowl in place for the 2016 season.

The Not So Obvious: Given the circumstances and the College Football Playoff not an option, would the Trojan fans rather go to Las Vegas, San Antonio, Pasadena, or Australia? Yeah, Pasadena isn’t a bad place to spend New Year’s Day.