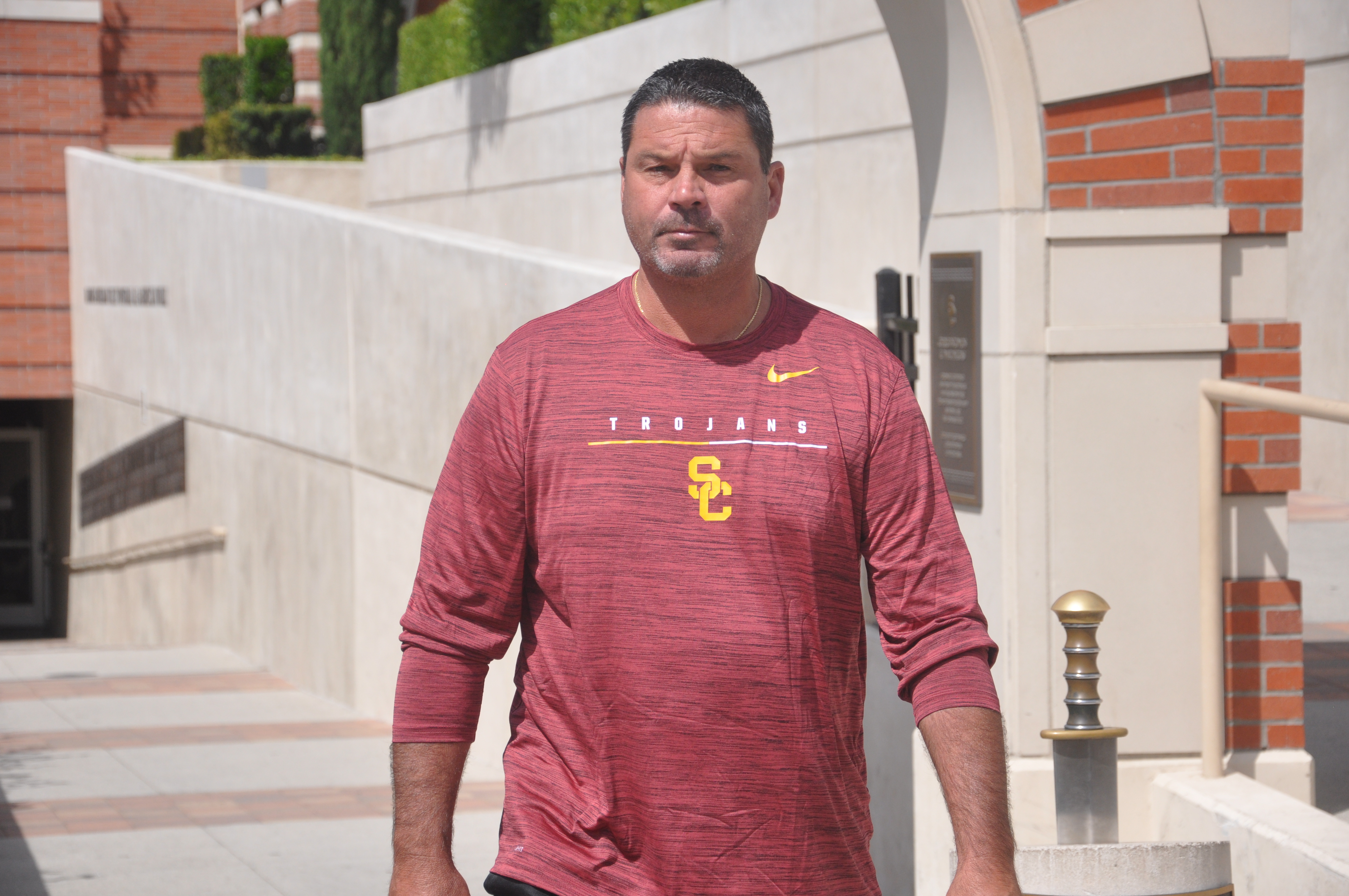 The first coaching change off the season is official the day following USC’s 49-25 loss to Iowa in the Holiday Bowl, ending the Trojans’ 2019 season.

Outside linebackers coach Joe DeForest was announced Saturday by North Carolina State as the new safeties coach for the Wolfpack.

DeForest spent most of his coaching career working with special teams, but joined the USC staff for the 2018 season as a defensive analyst. Last December, he was moved to outside linebackers coach.

Outside linebacker was an interesting position for the Trojans this season, as that one spot mostly worked by itself during individual drills and had just a few players, who were virtually never all healthy at the same time. Hunter Echols, Abdul-Malik McClain, Elijah Winston and Juliano Falaniko all worked with DeForest at various times this year, though all either missed time due to injury or rotated over to inside linebacker due to depth concerns there (some did both). The spot was also largely ignored this season, as the emergence of true freshman Drake Jackson forced the Trojans to get him on the field with a four-down lineman look.

Those four combined for 4.5 sacks this season, led by two from McClain.

USC coach Clay Helton was noncommittal when asked before and after the Holiday Bowl about potential coaching changes. Now, he’ll have at least one spot to fill.

Helton said he will make announcements pertaining to staff changes “if and when those happen.”

With a linebacker coaching position open, there will be plenty of speculation about the Trojans adding former USC standout linebacker Chris Claiborne to the staff. Claiborne is USC’s only Butkus Award winner and has been coaching at the high school level for several years. He recently stepped down as head coach at Calabasas High School, with his sights set on joining a college program.

Of course, the Trojans could go a different direction with the position. If the plan is to move to a 4-3, the linebacker positions could consolidate under one coach, with a spot opening up elsewhere.

At this point, it will be interesting to see just how many coaching vacancies Helton will need to fill. Certainly, the performance by USC’s defense and special teams against Iowa warmed the already-hot seats of defensive coordinator Clancy Pendergast and special teams coordinator John Baxter considerably. Will Helton look to make changes there, or try to keep two important positions intact and filled by two coaches with whom Helton is very comfortable?

Whatever the case, the staff will need to hit the recruiting trail in January, looking to finish up the 2020 class and trying to continue the early success in the 2021 cycle.