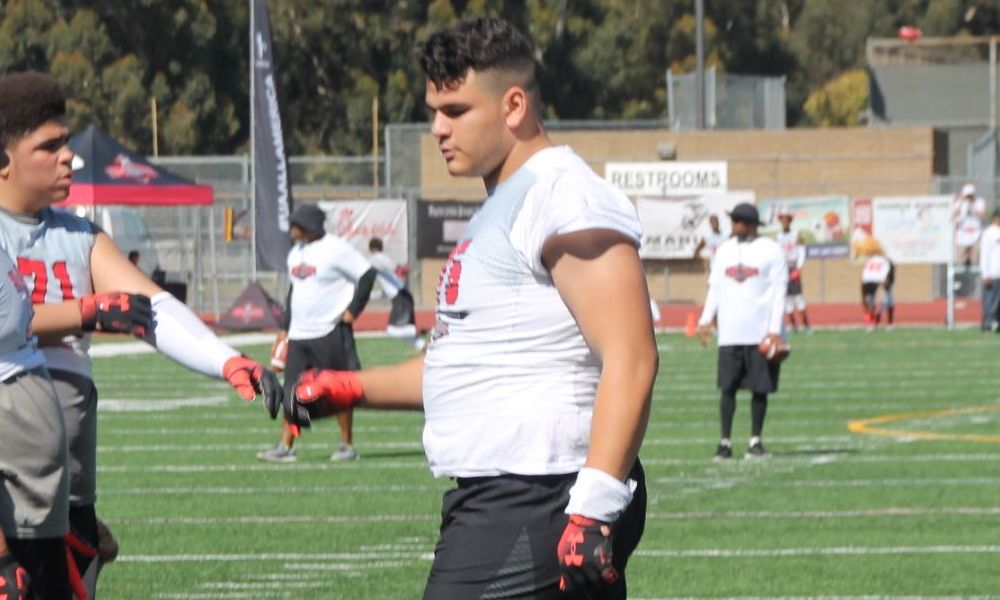 Rodriguez is ranked as a composite 4-star recruit and the #29 offensive tackle in the country. He had been offered a scholarship by the Trojans in February and is a commit at a major position of need (OT) in this class. He is the 2nd verbal commit for this class along with JSerra WR Munir McClain

Rodriguez also had offers from schools such as Notre Dame, Oregon, UCLA, Florida and others.

“He has an unbelievable upside to me as a front-side tackle. He’s a strong, physical kid that can come off the football and that fits the front-side tackle spot. He could probably play guard, or back-side tackle too. Sometimes these guys are so big and long it just takes forever for guys to get around them, and Jason is a good agile kid as well.”