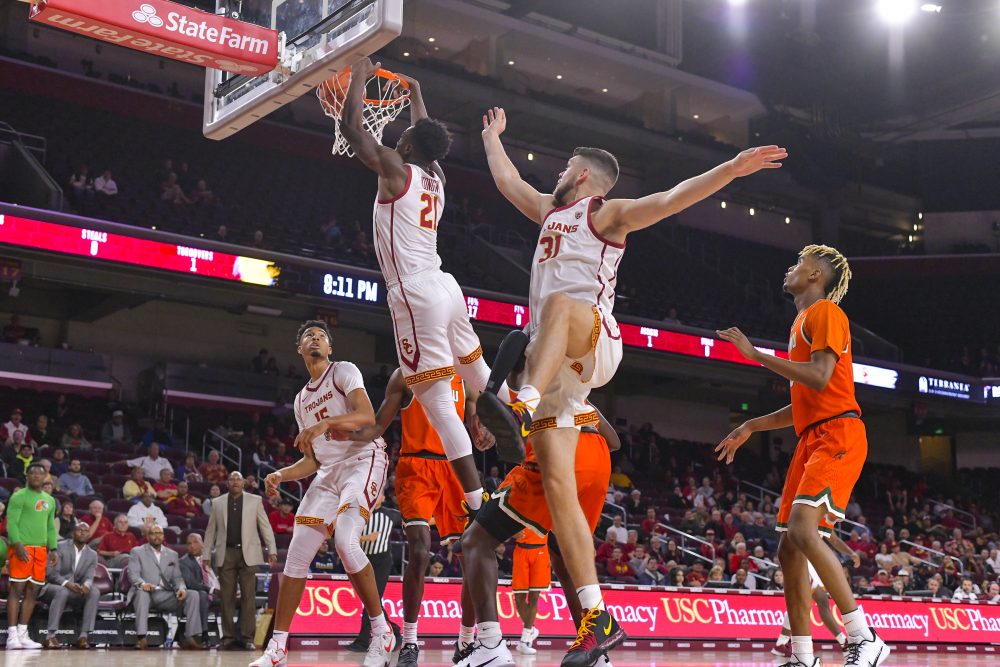 Projected to become USC’s first lottery selection since DeMar DeRozan went No. 9 overall in the 2009 draft, Okongwu was selected by the Hawks at pick six and Atlanta GM Travis Schlenk was pleased to do so.

“One of the things that really stood out about him, as we interviewed all these kids. Every player that played against Onyeka, they all said this guy’s a beast. He’s a beast,” Schlenk told Fox Sports Southeast. “When players respect you, having played against you, that says a lot.”

It didn’t take long for Okongwu to make his presence felt at USC, as he was dominant in his very first game, scoring 20 points, grabbing 13 rebounds and tying a school record by blocking eight shots.

He finished last season averaging 16.2 points, 8.6 rebounds and 2.7 blocks per game. His 76 blocks make him USC’s all-time freshman leader in that category, while he ranks among the top five USC freshmen in points, rebounds, field goal percentage and both field goals and free throws made.

In Atlanta, Okongwu will join talented point guard Trae Young, who was quick to share his excitement following the selection.

Okongwu becomes the fourth Trojan selected in the top ten of the NBA Draft, joining O.J. Mayo, Paul Westphal and DeRozan. He’s also gives the Trojans first round picks in back-to-back years since a three-year run from 2007-2009. USC had Kevin Porter selected at the end of the first round last season. It’s likely that this will be at least another three-year run of first-rounders, as freshman Evan Mobley is projected as a top-10 picks in the 2021 NBA Draft.