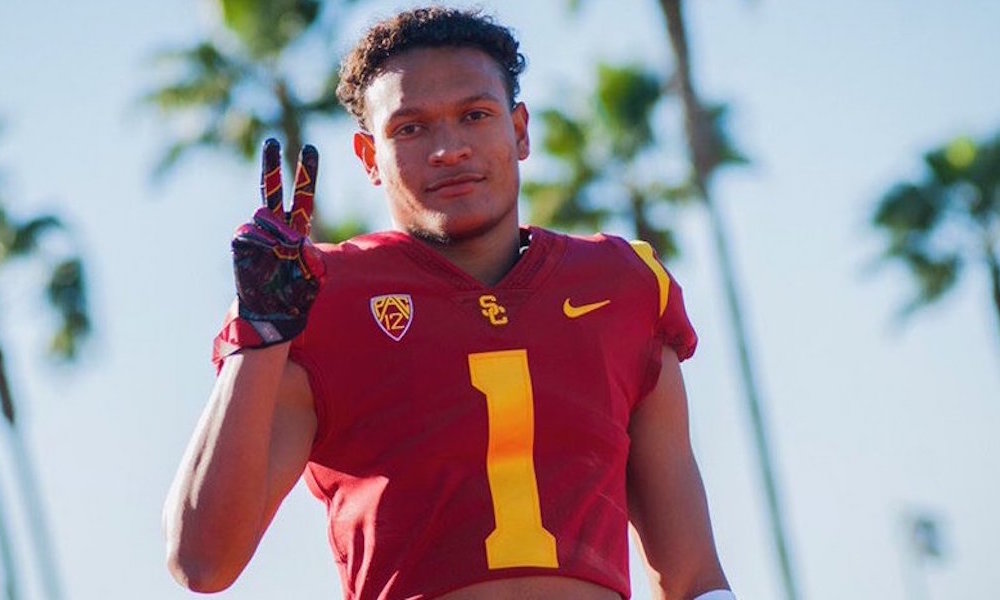 While the suspense of where cornerback Chris Steele would land after transferring out of Florida had been completely removed in recent days, as reports surfaced that USC would eventually become Steele’s home.

Still, that does not dampen the excitement, as the 6-foot-1, 185-pound Steele was officially announced by USC on Tuesday afternoon.

Steele is a massive addition to USC’s 2019 recruiting class, as the Trojans looked to load up on defensive backs, but couldn’t land much in the way of highly-ranked recruits, settling for picking up a number of late commitments in order to bolster numbers in the secondary.

Steele, a one-time verbal commitment to both UCLA and USC, originally signed with Florida and enrolled early there. After entering the transfer portal, Steele verbally committed to transfer to Oregon, before changing his mind and ultimately staying close to home at USC.

As a transfer, Steele will need an NCAA waiver to gain immediate eligibility, this fall, but there is a strong likelihood it will be granted. If that happens, Steele has the ability to push for significant playing time for a defensive backfield with very little experience.

Olaijah Griffin sat out spring ball, but will likely slot in at one cornerback. Isaac Taylor-Stuart had a terrific spring after redshirting as a true freshman last fall. Greg Johnson explored the transfer portal, but returned quickly to USC and had a solid spring. With cornerback Chase Williams strictly playing nickelback, that gives Steele an opportunity to step into a spot in the two-deep.

Steele was the No. 42 overall player in the 247 Composite rankings last year, and the No. 5 cornerback in the country.

His signing is a massive win both in terms of talent added to the roster and as a recruiting win, as the USC coaches were able to keep another big-time local recruit home.