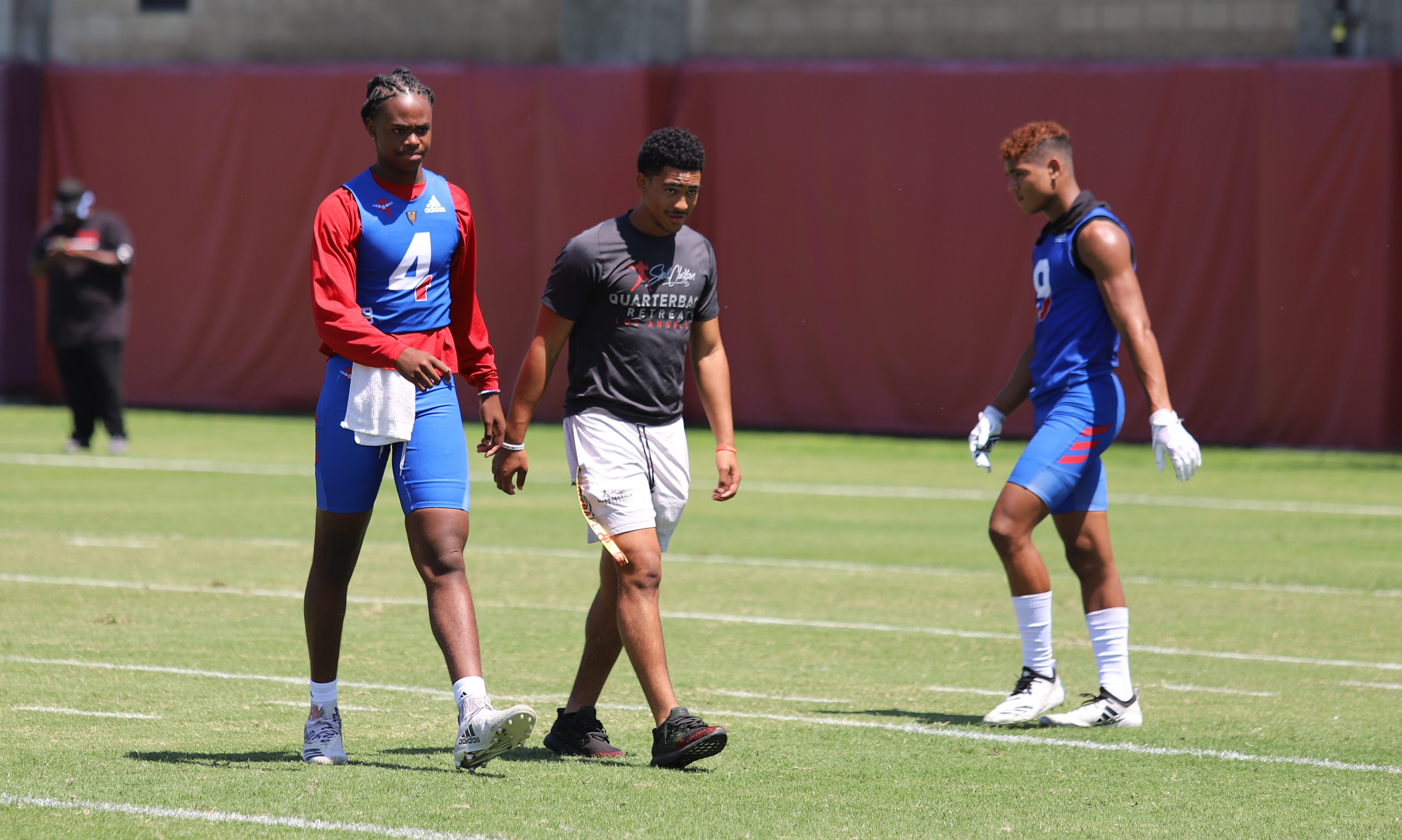 The summer camp season at USC officially kicked off this past weekend, with the Trojan coaches hosting their Trojans in Training and Middle School Camps on Saturday, and the OL/DL camp and 7-on-7 tournament on Sunday.

It was the 7-on-7 tournament that provided the recruiting news on Sunday, as three recruits from the class of 2022 were offered following the event.

All three prospects were on Team Premium, which brought a young roster to the event.

The offer that will get the most attention was the one extended to 2022 quarterback Maalik Murphy (Gardena, Calif./Serra). Murphy has collected a number of offers so far, including ones from Florida, Florida State, Georgia, LSU, Michigan, Ohio State, Oregon, and Texas. It felt as though it was only a matter of time before USC jumped into the picture, and his performance on Sunday was enough to warrant pulling the trigger.

Murphy stands all of 6-foot-4 and throws a really nice ball. The Trojans have had plenty of success recruiting Serra, and Murphy could be another prospect that joins a long line of Cavaliers-turned-Trojans.

One of the receivers Murphy hit plenty of times on Sunday was another recruit to pick up a USC offer. Wide receiver CJ Williams (Santa Ana, Calif./Mater Dei) is a physically impressive kid who spent the entire day playing two ways at safety/linebacker and wide receiver. He is already receiving plenty of buzz as the next great one at Mater Dei, and USC coaches spent plenty of time watching Williams before and after extending the offer.

Williams had already been offered by Arizona State, LSU, Michigan, Nebraska, and Oregon, making the USC offer his first one amongst the California schools.

The third prospect to pick up an offer was cornerback Tayvion Beasley (Bellflower, Calif./St. John Bosco), as the Trojans join BYU and Oregon in offering early. Beasley isn’t overly big, but he’s long and he had no problem getting physical with receivers.