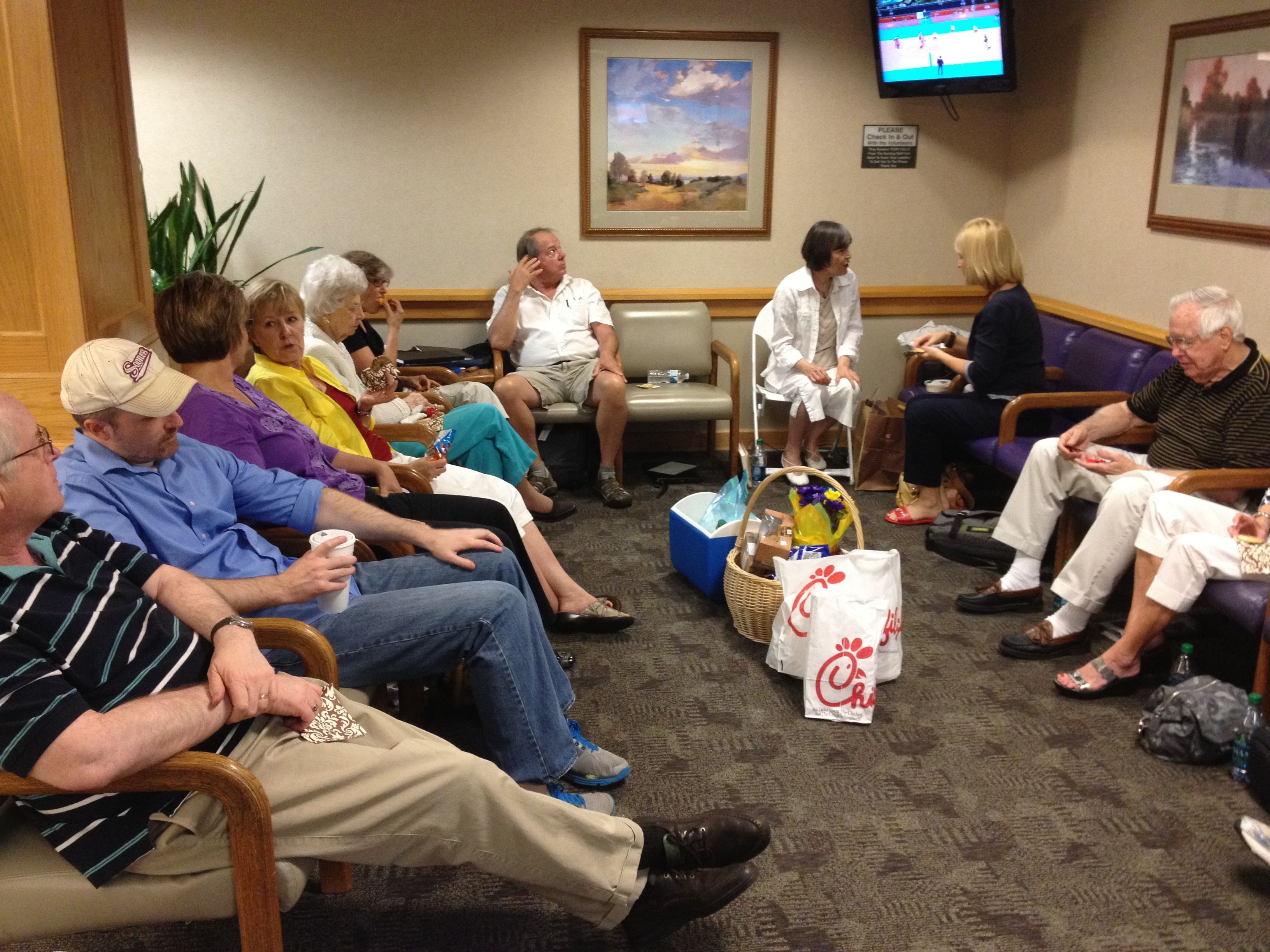 The Obvious: Depending on the outcome of this Saturday afternoon’s crucial Pac-12 South Division game featuring the Colorado Buffaloes at CFP No. 6 Utah Utes in Salt Lake City (4:30 PT/ABC), the result will (a) eliminate the AP No. 25 USC Trojans from the Pac-12 South Division title race (b) crown the Trojans as champions of the Pac-12 South Division and advance them to next Friday night’s Pac-12 Championship Game in Santa Clara (c) accelerate the purgatory clock on the change of head football coach at the University of Southern California (d) declare Clay Helton is returning as the head coach of the Trojans for the 2020 season and watch the Trojan family or nation – take your pick – go bananas.

The Not So Obvious: The Utah Utes (10-1, 7-1 Pac-12 South) opened a whopping 28 ½ -point favorite to defeat the Colorado Buffaloes (5-8, 3-5 Pac-12 South) on late Saturday afternoon. Trojans head coach Clay Helton and his team will be rooting furiously for the Buffaloes to pull the upset, but the O/NSO says it’s all over except the shouting and the final score because Utah is playing its best ball of the season, is playing in the not-so-friendly confines of rowdy Rice-Eccles Stadium, and with that rabid Utah fan base (the MUSS), it will be almost nearly impossible for Colorado to pull off the unexpected.

The Obvious: USC fans are on proverbial pins and needles awaiting a coaching decision by the Trojans’ administration.

The Not So Obvious: No matter the verdict by USC athletic director Mike Bohn and supported by USC president Dr. Carol Folt, the sooner the better as it pertains to Clay Helton. The results of the Utah/Colorado game will be critical in announcing Helton’s future. The O/NSO says that if Utah wins as expected, a decision on Clay Helton could come as early as Sunday and probably no later than Tuesday. If Colorado wins, Helton will remain as the USC head coach at least through the title game next Friday night in Levi’s Stadium.

The Obvious: The upcoming decision regarding Clay Helton’s future will indefinitely define both Dr. Carol Folt and athletic director Mike Bohn in their commitment to the immediate and long-range future of the legendary USC football program.

The Not So Obvious: If Folt and Bohn go in a new direction, it’ll signal they mean what they say in terms of advancing the cause for future national championship runs in football. If they retain Clay Helton, they’ll signal its business as usual, status quo, and they’ll be forced to explain why they see a different view of Clay Helton than the majority of Trojan football followers and the local SoCal sports media. Sure, Bohn is probably aware that some national media pundits like Kirk Herbstreit and Brian Griese believe Gentleman Clay proved this season that he deserves to be retained for at least another campaign. However, both Herbstreit and Griese are well aware that USC’s goal is to return to being a true national power. In order to do that, you have to prove it against top-ranked teams. At last glance, Clay Helton is 1-4 against rival Notre Dame and 4-8 against top 10 teams. You can only be the best if you’re consistently beating the best. You can draw your own conclusion.

The Obvious: Both USC president Dr. Carol Folt and athletic director Mike Bohn have been officially at their new USC jobs since September and November, respectively.

The Not So Obvious: A month on the job isn’t much time to evaluate a football program if you’re a new athletic director. For new AD Mike Bohn, however, he has been in this type of hiring and firing rodeo before, but his track record of hiring football coaches at Colorado was 0-3 and quite frankly not something to crow about. However, to be fair, his last AD football hire at the University of Cincinnati is looking pretty good, as the Bearcats are bowl-bound and currently ranked CFP No. 19 under head coach Luke Fickell. Although retaining Clay Helton, who has till 2023 to finish his USC contract thanks to former AD Lynn Swann, isn’t actually a rehire, it is like hiring him to finish his contract. As for Dr. Folt, by trade a biological scientist and not a football analyst, she will be looking at Helton’s charming personality as well as football production. One other point about Bohn, he does have an advantage of understanding college football from both a player’s point of view – a former QB at Kansas – and a seasoned athletic director.

The Obvious: If you think that USC fans are having a hard time dealing with the Clay Helton coaching situation, imagine what Dr. Folt and Mike Bohn must be going through, knowing their reputations are on the time.

The Not So Obvious: The O/NSO thinks that Folt and Bohn may be having a difficult time separating Clay Helton the man and Clay Helton the football coach. Because of the man, they may feel the urge to give him the benefit of the doubt, which distracts from the man’s average record after the departure of QB Sam Darnold. Folt and Bohn may be finding it difficult to separate Helton’s past production on the field and the turmoil that has accompanied it from the Helton that espouses faith, family, and football. They like the high school counselor perception of Helton, which translates into a mentor for his “adopted sons.” However, for USC fans and football insiders, they believe they have seen all they need to see of Helton and are adamant that it’s time for a change – like right now. They believe that four seasons is enough of a track record to show he is at the very least an average to decent coach but certainly not a national championship coach.

The Obvious: Understandably, Trojans’ head football coach Clay Helton has been advancing arguments as to why he should return in 2020.

The Not So Obvious: The O/NSO looks at the teams to whom the Trojans lost to during the season and the time of the seasonal loss. Troy succumbed to then ranked teams like No. 9 Notre Dame, No. 7 Oregon, and No. 17 Washington, which has gone on to currently have an underwhelming record of 6-5 overall and 3-5 in the Pac-12 North. No, my friends, until Helton’s teams show they can compete with Ohio State, Alabama, and Notre Dame and actually physically “fight on to victory,” they should stop with the misleading statistics to form a positive outlook. Please, let’s not shoot the messenger.

The Not So Obvious: The gesture was seen by many Trojans’ fans as Helton politicking to keep his job, but wouldn’t you or I do the same thing if our job was on the line? Of course we would. The problem is that Bohn probably should have kept his distance in a professional way not to give the impression that he is learning towards keeping Helton. It’s entirely possible that Mike was just living in the moment, and that’s just who he is. However, the whole episode looked awkward.

The Obvious: There has been much discussion that if a change is made with Clay Helton, Dr. Carol Folt would never accept hiring former Ohio State national championship coach Urban Meyer because he might not fit Folt’s description of a coach with “impeccable integrity.”

The Not So Obvious: You would think that Meyer might not be Folt’s original choice for replacing Helton, if needed. However, it’s possible she is at least willing to listen and should she elect to sign off on Meyer, she’ll be prepared to defend her decision against those that will, no doubt, question her rational for hiring the former former Buckeyes legend. If Meyer can explain himself and assure her he will be an alter boy and is actually interested in the job and knowing the USC fan base would give her a standing ovation if she did sign Urban, it’s possible he could be the man. Right now, the silence from both Meyer and USC is, well, deafening. No denials of not wanting to return to coaching and no leaking from the USC end of it. It’s a bit curious.

The Obvious: And finally, there’s growing speculation and/or fear that maybe – just maybe – athletic director Mike Bohn will give Clay Helton another year to deliver a national championship product.

The Not So Obvious: If Bohn decides – along with Dr. Folt – to do that, they will have been won over by the Clay Helton charm and dedication to the football program and University. It figures any formal announcement will be made by a simple press release. One thing is clear, the purgatory and the wait is almost over for Trojan fans. And, BTW, hope you all had a wonderful Happy Thanksgiving.