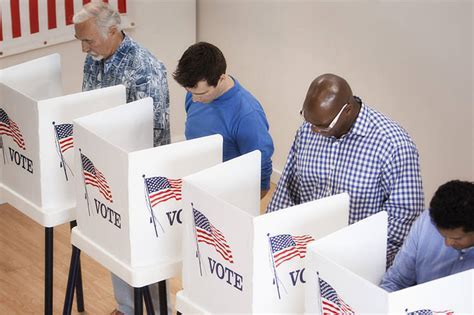 The Obvious: There’s nothing more fun that debating the best players in the history of USC Trojans football, especially position-by-position.

The Not So Obvious: Have you noticed the new WeAreSC opinion polling place in the upper righthand corner of our front page? The polls are now open to cast your ballot for weekly player position voting. Our first week’s ballot asks for your voting opinion for best all-time USC quarterback. The choices – which have been carefully pre-selected – are all worthy of consideration. Although balloting is private, the O/NSO will give you our first vote of the position series, and hopefully it will stimulate further thought for the future position voting.

The Obvious: As mentioned, this week’s voting category is: Who the best USC quarterback ever?

The Not So Obvious: For the O/NSO, we’ve seen them all the past 50 years, but our quarterback vote goes to (drum roll)…Matt Leinart.Naturally, the other position groups in future voting will involve more than one selection, but we are jumping ahead. So, who do you think is the best USC quarterback ever? Go vote and watch the results.

The Obvious: There is no more hotly debated voting topic than the best running back/tailback in USC history.

The Not So Obvious: Okay, we can all agree some of the running back nominees are accompanied by some heavy off-the-field baggage. However, strictly going by what they did on the field, there is – in the O/NSO opinion – one that stands ahead of all the other and it is O.J. Simpson. Love him or hate him, he gets our vote as the best tailback in Trojans’ history.

The Obvious: The game of today’s football has so evolved that a fullback is no longer either a position or a priority position.

The Not So Obvious: However, in the history of USC football – fueled by the generations of the “I-formation” – you’d have a “rigged” voting system if you didn’t include a selection of fullbacks in which to cast one’s ballot. Therefore, the O/NSO casts our ballot for Sam “Bam” Cunningham as the best fullback in USC history. What a stud!

The Obvious: When debating offensive linemen, there are so many great ones, its, well, almost ridiculous.

The Obvious: While USC has always been known as “Tailback U” throughout the decades, the wide receivers take a backseat to nobody.

The Not So Obvious: So many choices and so many that could be the best. If the wide receivers are a group of three to be selected, the O/NSO three wide receivers would be Keyshawn Johnson, Marqise Lee, and Lynn Swann.

The Obvious: No matter what the offense, the USC tight end has played an important role as a blocker, pass catcher, or a combination of both.

The Not So Obvious: So many great tight ends over the years, but the O/NSO still hasn’t seen a combination of skills and brute power for a tight end as Charles “The Tree” Young. “Tree” gets our vote.

The Obvious: Sometimes Trojan’s defensive linemen have sometimes been over looked by the linebackers behind them, but when it comes to voting, this position group could have a number of debates.

The Not So Obvious: Until we see the actually rules for the defensive line voting, we go with a four-man D-line. After careful consideration, our ballot will be marked for Leonard Williams, John Grant, Tim Rossovich, Willie McGinest. It should be noted that McGinest and Rossovich could also be considered defensive ends in a 5-2 defense.

The Obvious: Talk about a major debate and the process of elimination, what a head scratcher for three linebacker positions if you go with a 4-3 defense.

The Not So Obvious: If we go with a 4-3 defense, the O/NSO punched the ballot box for Chris Claiborne, Junior Seau, and Richard Wood as the three best linebackers regardless of inside or outside linebacker. In a 5-2 defense, Wood would have been considered an inside linebacker.

The Obvious: The Trojans have had a long run of outstanding safeties.

The Not So Obvious: Despite the quantity of quality for the safeties, this voting for “two” safeties is not all that difficult. For our tastes, the O/NSO says the best two safeties are Troy Polamalu and Ronnie Lott.

The Obvious: Picking the best two corners in USC football is history may be the hardest category of voting of the many position groups.

The Not So Obvious: Man, this was tough for the O/NSO to draw a vote consensus. Anyway, our two best-ever corners votes go to Joey Browner and Danny Reece.

The Obvious: When it comes to choosing the best coach in USC football history, there are really only four nominees that come to mind – Howard Jones, John McKay, John Robinson, and Pete Carroll.

The Not So Obvious: Looking at it from every angle, the O/NSO reduced the four choices to two – John McKay and Pete Carroll – both of whom left their mark. That being said, in our opinion, the best coach in the history of USC is (another drum roll, please) John McKay.

The Obvious: The only position groups missing in the above voting are the special team performers.

The Not So Obvious: For the moment, we’ll leave the special teams voting for a later date. However, beginning with this week, it’s now your responsibility to vote for your favorite quarterback. The polling booth is now open, so do your cardinal and gold civic responsibility and go vote or don’t complain about the results.