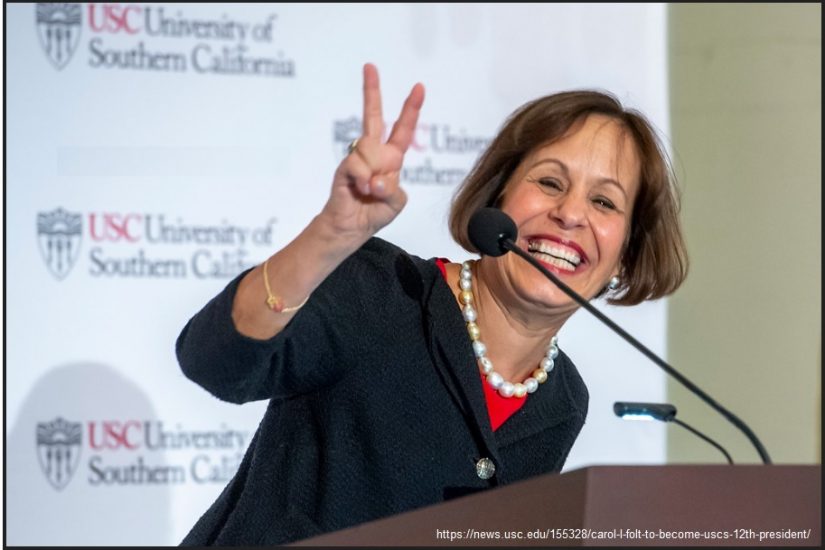 The Obvious: Spring practice may be over, but scrutiny and skepticism isn’t over for the USC Trojans football community, most of whom continue to call into question – fairly or unfairly – whether USC president Dr. Carol Folt has the passion, understanding, and positive long-range goals for the university’s storied football program, especially as it pertains to winning at the highest level.

The Not So Obvious: You can draw your own conclusion whether Dr. Folt just enjoys USC football as a fun, Saturday extracurricular event or exudes a burning passion to see it succeed alongside the like of an Alabama, Clemson, Ohio State, and/or Notre Dame. Only Dr. Folt knows her true feelings and whether she honestly finds her football program a joy or an albatross around her neck. The 2021 USC football season may provide a transparent answer.

The Not So Obvious: Dr. Folt tweeted, “Congratulation @ALIJAHHVT! We’ll be cheering for your success with the Jets next season.” It was definitely a thoughtful gesture by the University of Southern California president to show her support, and it could also be interpreted that she is growing a passion for USC football. However, if you don’t buy into that possibility, you are probably in the majority.

The Obvious: Even though the 2021 season is still a little more than four months away, conversation remains alive within the cardinal and gold fan base regarding the future of head football coach Clay Helton.

The Not So Obvious: Dr. Folt knows that once the upcoming season commences, you can run, but you can’t hide regarding Helton’s impending “one way or the other” future. The public perception is that Folt likes her professional relation with Gentleman Clay, who takes every possible opportunity to praise “Coach Folt” and show unconditional obedience while continuously schmoozing a strong perceptual relationship with his supreme leader.

The Obvious: And finally, if the 2021 Trojans are not successful, which must be defined at this point as not winning the Pac-12, Dr. Folt and Mike Bohn must be prepared for cardinal and gold fans to throw up their collective hands and arms and scream, “WTF !” At that point, Folt, Bohn, and the BOT will have an enormous a decision to make, one that Folt in particular probably wishes would just go away.