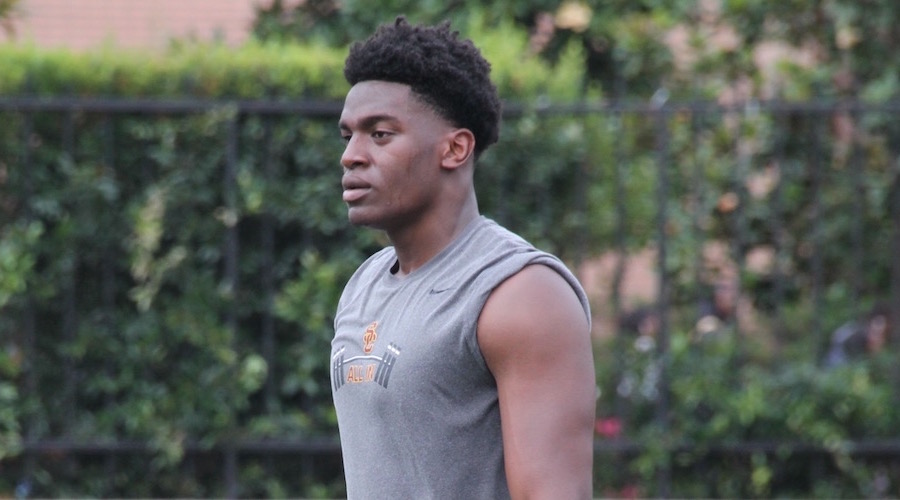 Here are some highlights from the day:

* Always good to see Leonard Williams back on campus, as the Big Cat was going through the conditioning session with the team this morning.

* Oluwole Betiku and Jamel Cook were both spotted without boots on their feet, which hopefully is taken as good progress on their injuries.

* Toa Lebendahn was in action as the 2nd unit center and Khaliel Rodgers took reps on the defensive line.

* Keyshawn “Pie” Young had a real nice pass break up on a deep thrown ball during the 7-on-7 portion of the day.

* Lots of run drills today with Justin Davis, Aca’Cedric Ware and Dominic Davis getting the work. Ronald Jones was not there.

* After JuJu Smith-Schuster made a catch against a defender along the sideline he got up and let him know, “I know your tendencies man!”

* Liam Jimmons had a pass break-up at the line of scrimmage of a Sam Darnold pass.

* Matt Fink hit Deontay Burnett with a quick pass but Burnett couldn’t shake Ykili Ross, who made the play to keep it to a short gain.

* Tyler Petite had a nice diving catch of a throw by Browne.

* Browne to JuJu with the completion of the day on a deep ball against coverage from Ajene Harris.

* Darnold hit Tyler Vaughns over the middle, who tipped the ball and then was able to bring it in for the catch.