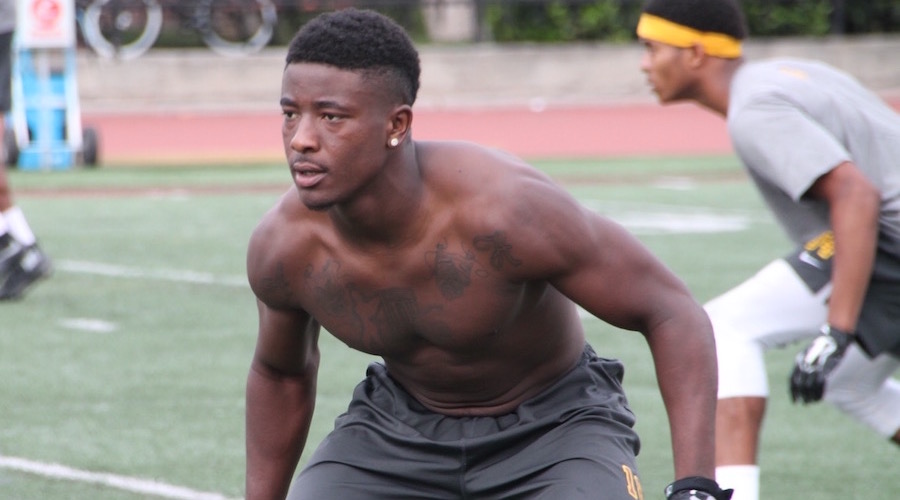 It was an abbreviated throwing session today as the morning conditioning session ran long and several players had to leave in time for 9am classes.

* Iman Marshall made an impact with an interception off a Max Browne pass, and also a nice pass break-up.

* Darreus Rogers also had multiple catches. He reached back on a ball that was thrown behind him across the middle, and then put a move to elude Ajene Harris. He also caught a pass against Tell where Darnold showed good touch on the sideline pass.

* Browne had an early completion to Jalen Greene to get things started.

* Ajene (photo above) had good coverage against Jalen to force an incomplete pass.

* A ball went off the hands of Michael Pittman and landed in Josh Imatorbhebhe’s hands for the catch.

* Chad Wheeler was in action at left tackle with Zach Banner at right tackle.