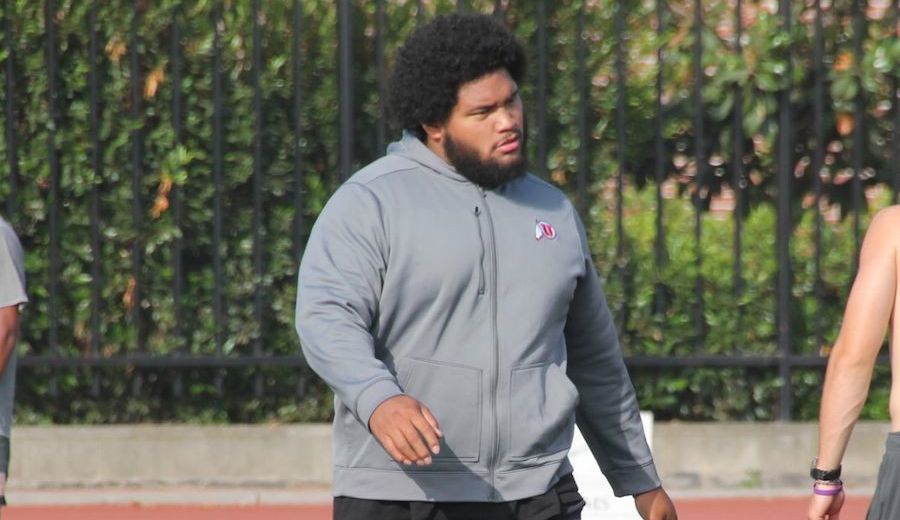 There were several incoming freshmen who made their first appearance of summer today, as well as grad transfer defensive lineman Steve Tu’ikolovatu (photo above).

Murphy lined up behind Gustin, Iosefa was behind Nwosu.

It was also the first extended reps of summer for Daniel Imatorbhebhe and Toa Lobendahn. Ykili Ross had limited reps last week but did a lot more today.

Fellow freshman Jackie Jones got things started early with an interception and a pass break-up.

Sam Darnold had a nice gain when he tucked the ball and ran left.

Darnold then had one of the best balls of the day when he hit Josh Imatorbhebhe deep. Sam tried to go deep again on the next play (this time to Tyler Petite) but C.J. Pollard was there for the pass break-up.

Malik Dorton batted down a pass at the line.

Trevon Sidney made a one-handed grab near the sideline after a crossing route.

Darnold hit Deontay Burnett on a crossing route, and then Cary Angeline made a catch to end the day.