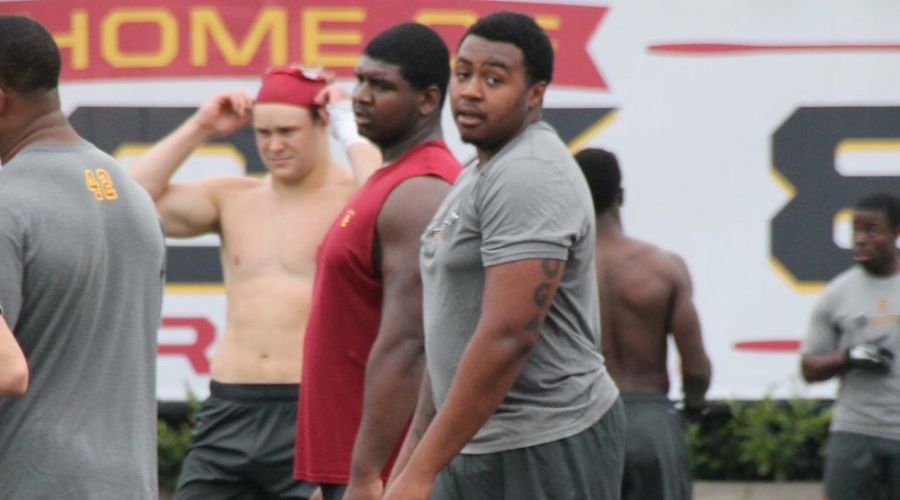 The Trojans held the first throwing session of the summer this morning and there were plenty of standout plays.

First thing to note is that Max Browne, as expected, took the first reps with the 1’s at quarterback, and Max was the one leading the drills throughout the day.

Chuma Edoga took reps on the d-line at defensive end, lined up in the same spot as Rasheem Green. Edoga did not take any reps on offense today.

Don Hill was in attendance, after missing spring ball, and was lined up as an OLB behind Uchenna Nwosu.

Oluwole Betiku did not take part in drills, he had a boot on his left foot and sat out all the drills.

Cameron Smith went through the morning conditioning session but not the throwing session. He also took part in the sprints afterwards.

Ajene Harris and Jackie Jones both had a pair of picks, and each returned one of them for a score as well. Adoree’ Jackson was not there, Biggie Marshall was there but did not take part. Jones really jumps out with his quickness.

Reuben Peters had a rough day at fullback, he had a pair of drops and he took a hard hit from John Plattenburg after one play.