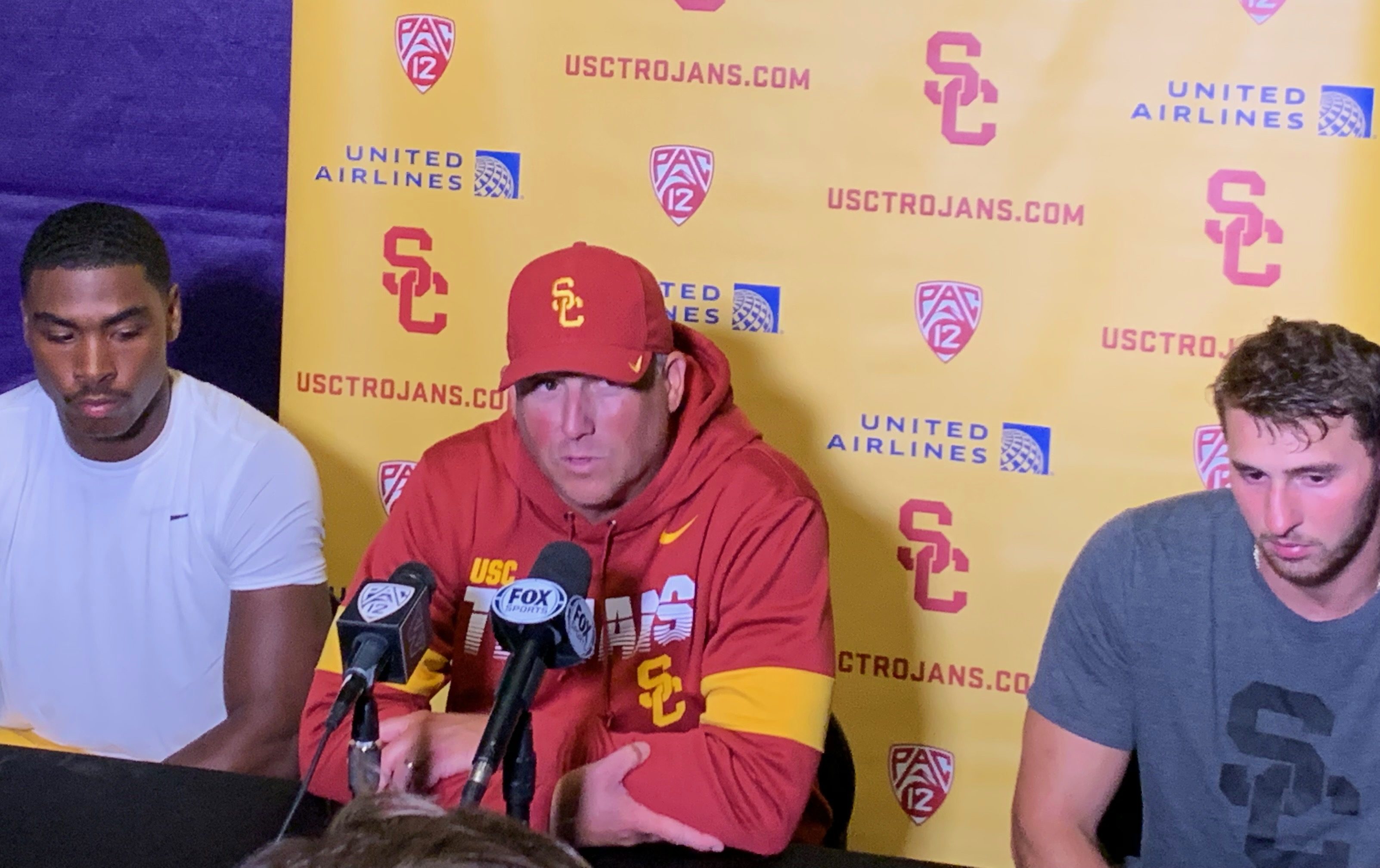 “I still believe in this team whole-heartedly,” Helton said. “I walked on the plane even more confident this is a team that can win the conference.”

While the Trojans dropped the game against the Huskies by 14 points, Helton said it came down to five or six plays.

“When two good teams get together, it usually is about five to six plays that determine the outcome of the game, and that’s what’s happened over the last two weeks,” he said. “We got on the short end of the stick on those five to six plays and didn’t make them.”

Helton also turned his attention toward turnovers, as the Trojans have now thrown three interceptions in each of their two road games this season.

“I thought turnover margin would decide the game,” Helton said. “Those have been the critical differences between us winning and losing when you look at both losses.”

Forced to go to their No. 3 quarterback, the Trojans got great effort from Matt Fink, but ultimately couldn’t overcome his three interceptions.

“So much heart and so much grit,” Helton said about the way Fink played. “He gave his whole soul in preparation for yesterday and it hurt him not to come out with a victory.”

Helton said the interceptions have come from young quarterbacks and “guys getting their first experience at a high level,” but that they trust in them and “will continue to trust them.” Helton said he tells his players that every experience is going to make them a better player, whether it comes in the form of success or failure.

There are four goals the team has during the bye week, as Helton said they will look to get several players back healthy, get some early prep work done for Notre Dame, get some extra fundamental work in for some younger players, and allow the staff to get out later in the week to go recruit.

Asked whether there will be any wholesale, fundamental changes put in place during the bye week, Helton said the team will look within for answers.

“We have Tell the Truth Monday,” Helton said. “We’ll watch the film and say here’s the errors that were made, and it’s us. It’s self-inflicted.”

Helton said the bye week “couldn’t come at a better time for us,” as the Trojans look to “correct some errors…and clean some things up.”

“We have an opportunity to do something special down the stretch here,” he said.