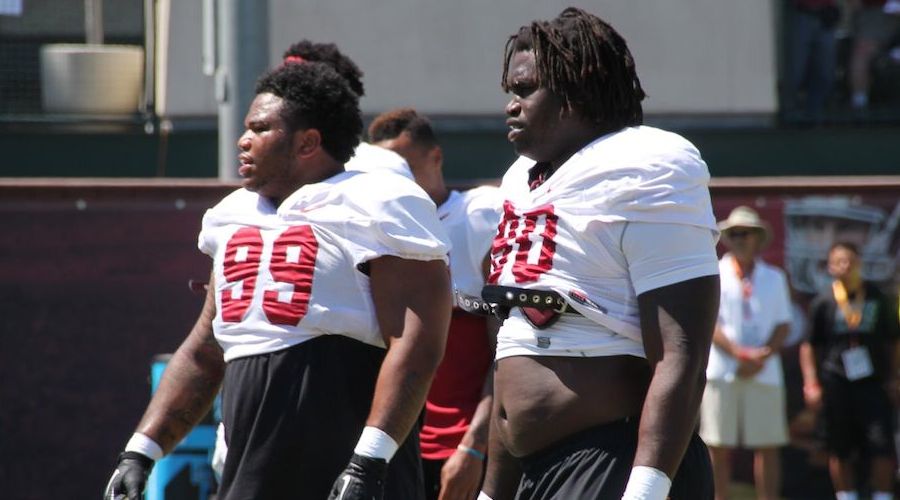 Don’t look now but the USC defensive front that had received a fair share of criticism early in the season has suddenly put together a string of solid performances in a row, and could be a huge key to the Trojans hopes of finishing the season on a high note.

It has started with a commitment to stopping the run, something that has been tested against two of the best rushing offenses in the conference with Utah and Arizona. The Utes came into the USC game with a tailback in Devontae Booker who was averaging over 130 rush yards per game, and was held to 62 yards in a USC victory. Arizona was averaging 265 yards per game running the ball, the No. 11 mark in the country, and even though they were without leading rusher Nick Wilson, it was still a solid effort for the Trojans to hold the Wildcats to 60 yards on the ground.

“For the third week in a row this defensive front has bought in to the physicality needed to stop the run and get after the quarterback,” USC interim coach Clay Helton said.