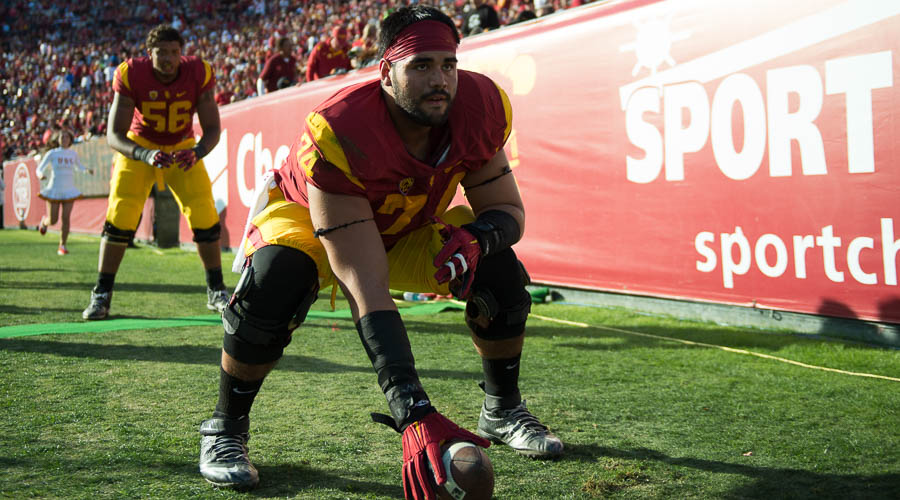 It’s been a long road, but USC redshirt-sophomore offensive lineman Nico Falah finally received the chance he’s been waiting for last Saturday when he found himself thrust into a crucial role for the Trojans in their annual crosstown clash with UCLA.

With Khaliel Rodgers heading to the sideline early with a high ankle sprain, Falah, USC’s fourth-string center, filled in at the position for a majority of the contest, more than holding his own against a Bruins defensive line that was headlined by one of the Pac-12’s most feared performers in the trenches, Kenny Clark.