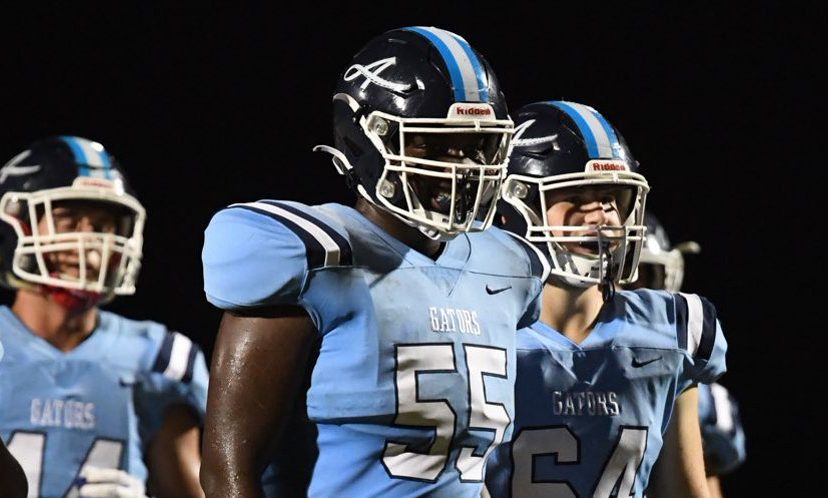 There are still a few weeks left in the 2021 recruiting cycle, but USC coaches have been active in the 2022 class and a couple more recent offers went out to national prospects on Sunday.

The first was to 2022 defensive tackle Maxie Baudoin IV (Lafayette, La./Ascencion Episcopal), who has quickly become one of the more intriguing prospects in his class.

The 6-foot-6, 290-pound defensive lineman did not have an offer on January 6. But Kansas offered the next day, followed by Arizona State the day after. USC was one of six offers Baudoin reported on Sunday — the Trojans were joined by Georgia, Mississippi State, Ole Miss, Penn State and Tennessee — and then both Arkansas and Texas A&M offered on Monday.

Film of his junior season was posted on Jan. 4, and clearly college coaches were impressed. He’s simply huge compared to teammates and opponents, but he also plays big and has a nice motor. But as always, getting big men out of the South is not an easy task, especially when so many SEC teams are involved early. At this point, Baudoin is unranked, but that will change whenever the next batch of rankings is completed.

USC does have some pieces at defensive tackle. While the Trojans will lose Jay Tufele and Marlon Tuipulotu to the upcoming NFL draft, they’ll return several big men along the defensive line, including Tuli Tuipulotu and young players in De’jon Benton, Stanley Ta’ufo’ou, Kobe Pepe and Jamar Sekona. USC signed four-star defensive end Jay Toia in the 2021 class and the Trojans also added a major piece in Alabama transfer Ishmael Sopsher, who will have at least three seasons of eligibility remaining.

The Trojans stayed in Louisiana and along the defensive line on Monday, extending an offer to three-star defensive end Quency Wiggins (Baton Rouge, La./Madison Prep Academy). The 6-foot-6, 265-pound defender is also a basketball player, and brings tremendous athleticism to the football field. Wiggins saw a run of offers from late-November through late-December, as he picked them up from Arkansas, Tennessee, Kansas State, Arizona, Colorado, Louisville and Central Florida.

The 6-foot-3, 205-pound receiver has a lot of the tools you look for in a pass catcher. He doesn’t possess elite speed, but he has enough to stretch a defense and can also take advantage of his size while working underneath. Overall, a very talented and physical receiver.

As usual, USC has plenty of talent to work with in the wide receiver room right now. Drake London will return in 2021 as one of the Pac-12’s biggest offensive weapons. He’ll look to get significant support from Bru McCoy in his third year and both will be joined by a hopefully-fully-healthy Kyle Ford. John Jackson III, Josh Jackson Jr. and Gary Bryant will be back and ready contribute next fall and USC will get another boost with true freshmen Kyron Ware-Hudson, Michael Jackson III and Joseph Manjack IV, who all signed with USC during the early signing period last month.