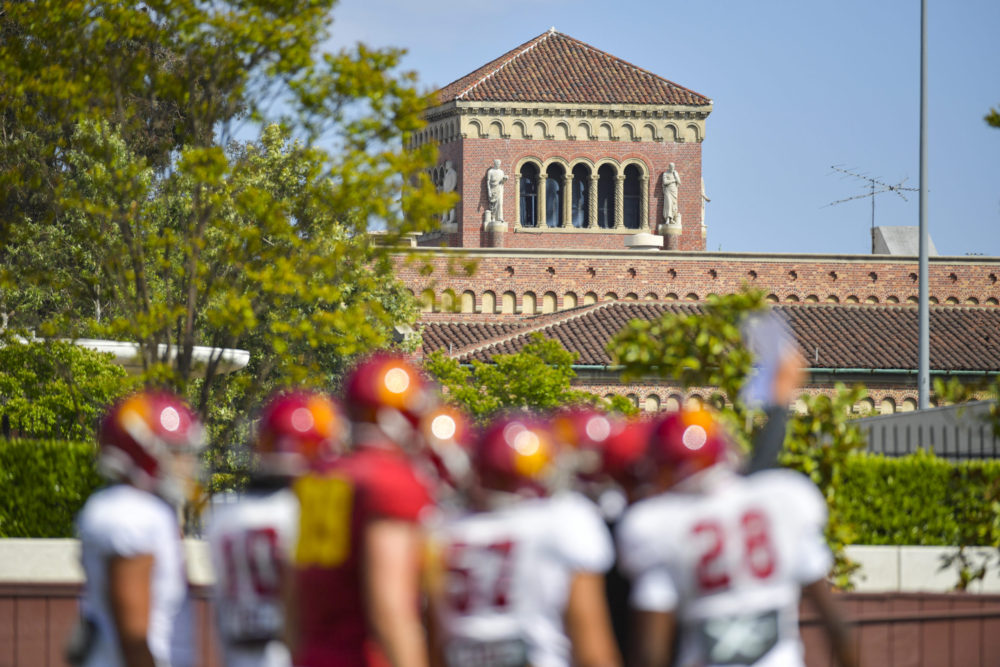 George Kliavkoff was named the new Pac-12 Commissioner on Thursday and had an opportunity to address the media with his goals for the conference. Here are a few of the quotes that stood out during the media session.

The lack of a background in college sports (he was a rower at Boston University, but has not worked in the industry) is striking, but Kliavkoff does bring a long history of success in thing that are important to the Pac-12 moving forward.

“I believe I had deep subject matter expertise in many areas that are immediate opportunities. I have a background in structuring complex media distribution deals, including an understanding of the ongoing transition from consumption of linear television models to digital. I have built and run large-scale live events, sponsorship, licensing and ticket sales operations and I have an understanding of lobbying and other efforts necessary to address some of the biggest opportunities and issues facing college athletics today, including Name, Image and Likeness, expansion of the CFP and sports betting.”

“I want to be very clear about my top three immediate priorities for the conference. First, we will protect and support our student-athletes. Second, we will make decisions to optimize revenue for our member institutions, including renegotiating our media distribution deals. And third, we will do everything we can at the conference level to make our teams more competitive in revenue-generating sports, especially football.”

He also wasted no time in stating the conference’s position on some important matters.

“I want to go on the record that the Pac-12 is in favor of both the expansion of the College Football Playoff’s four teams, and the implementation of consistent guidelines for Name, Image and Likeness. We think that both CFP expansion and NIL legislation are good for college sports fans, good for our student-athletes and can be a significant competitive advantage for the Pac-12.”

Klaivkoff also spoke at length about the important of revenue sports (football and basketball) for the Pac-12, which is something former commissioner Larry Scott rarely, if ever, did.

“Success in football is really important to the Pac-12…I believe personally the solution to elevating Pac-12 football is a combination of addressing structural issues and a more focused approach on recruiting…Structurally, we need to review and address non-conference and conference scheduling, game times and any other competitive decisions made at the conference level. Everything is up for review to make us more competitive.”

The Pac-12 Network will continue to exist moving forward, but it’s clear keeping the status quo with it is not part of the plan.

“I think media right is just one of the big opportunities in front of us. With respect to the Pac-12 Network, I believe it’s part of the future of our media distribution strategy. Today the Pac-12 Network has far fewer subscribers than any other comparable network and we have to fix that. I think there’s a way to fix that through structuring and relationships, but we have to get the Pac-12 Network distributed every place on every platform that our fans want to be able to consume that content. I also think of the Pac-12 Network as being a small slice of the media right that we can create and distribute. There are some very obvious and perhaps not-so-obvious ideas to optimize the revenue from distribution of our content,  and slicing and dicing that content is candidly what I’ve done in many of my previous roles.”

Kliavkoff has major ties to Las Vegas, and that’s worth watching as the Pac-12 could grab that city as its new home eventually. Kliavkoff said he will move with his family to San Francisco at this point, but there is no guarantee that the conference headquarters will remain there.

“I think the emergence of Las Vegas as a sports capital of the world is significant. I think having our two major championships there is a good first step. I’d like to see us do more with Las Vegas. But I’m very, very focused on all of those other opportunities that I outlined, first.”

Sports betting has become more mainstream as it becomes legal in more and more states. It’s a guarantee that the Pac-12 will become involved with sports betting in some manner, especially with Kliavkoff’s connection to Las Vegas.

“I want to be very clear that anything we do in that space will start with the focus on two things: the integrity of the game and protecting student-athletes. SO with that as the baseline for how we think about sports betting, I look at the market and I say that three years ago with the overturning of PASCA (Professional and Amateur Sports Protection Act) by the Supreme Court, we now have more than half of the U.S states that have legalized sports gaming. The experts say that’s going to be a $20-25 billion market by 2025. We do know that the legal sports betting market is $150 billion today. So to be clear, people are betting in our states on our sports.”

Unprompted, Kliavkoff said what every Pac-12 fan knows about the conference. Larry Scott would often sugarcoat or step around any specific questions about Pac-12 deficiencies, so it was refreshing to hear Kliavkoff state it up front and take it head on.

“The greatest weakness, if we’re honest with ourselves is the number of years it’s been since we’ve won a football or men’s basketball championship. And we’re going to do everything we can at the conference level to fix that.”