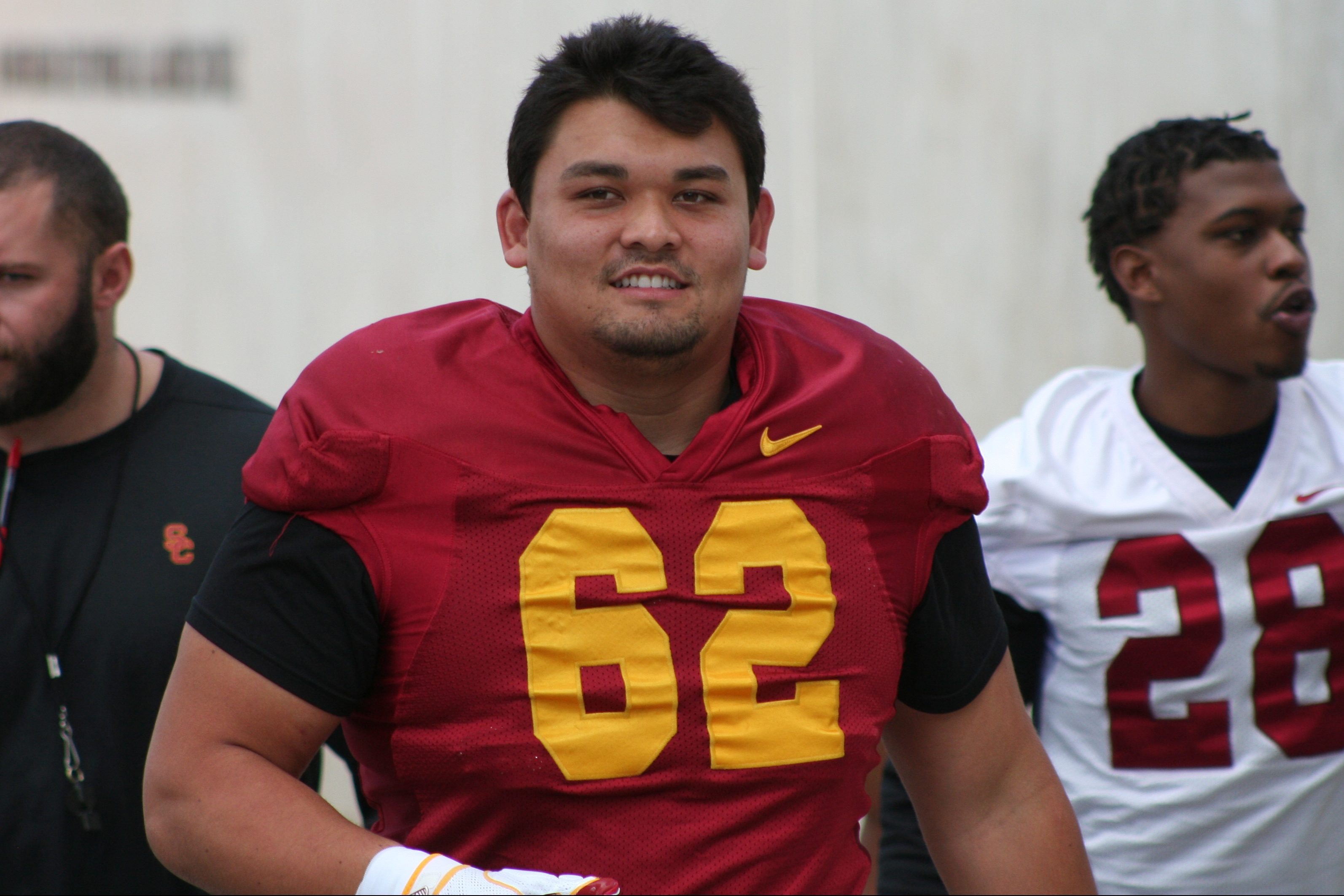 USC football has plenty to prove in the 2019 season, with a team coming off a 5-7 season that featured the most offensive dysfunction in recent memory and was outmuscled and outhustled time after time.

Nothing will be proven until the games count for real this fall, but the positivity amongst players was palpable this spring, and that has continued throughout the summer.

Redshirt sophomore Brett Neilon looks to have the inside track on the starting center position, which would make him a de facto team leader, and someone who could singlehandedly improve the USC offense with a season’s worth of perfect snaps. With the gift of hindsight and the ability to look back at last summer, which led into the underwhelming season, Neilon said things look a lot differently right now.

“You can feel it, the overall energy,” Neilon said of the biggest change between last year and this. “I definitely think people have just bought into the program as a whole, whether it’s weight room, sleeping, eating. The PRPs (Player Run Practices) are more serious.”

Neilon, as well as many other USC players, are giving head strength and conditioning coach Aaron Ausmus plenty of credit.

Ausmus leads the offseason work, which is doubly important since position coaches are unable to attend the conditioning sessions. While he wasn’t seen as an inspired choice by much of the USC fanbase when he was hired in early March, he hit the ground running and has received rave reviews from the players.

“I think everyone on the team is buying into AA’s (Ausmus’) program,” Neilon said. “Coach is getting us right. A lot of us are hitting our weight goals, in body weight and in the weight room, so that’s been nice. I think there’s been a lot of positive energy.”

Neilon was literally in the middle of things on July 1, when he tweeted a video of himself setting a personal best, with a 366-pound power clean. The energy of his teammates surrounding the achievement is obvious, and setting personal bests is always a sign of positive work in the weight room.

One of the things Ausmus did that led to immediate buy in was to break the roster into four teams: Brick Squad, Bulliez, Nasty, and Legends.

Neilon said the team was all-in on the concept.

“Off the bat, it was competition to start with,” Neilon said. “That set the tempo. You want to win, and he tracks how many points you’re up or down for your team, so you obviously don’t want to disappoint your teammates.”

A member of Team Nasty, Neilon said he has been impressed with a number of his teammates this offseason, including newcomers in the 2019 recruiting class. But two second-year players in particular have stepped up as leaders for Team Nasty, as well as the entire Trojans roster, and it’s little surprise to hear who they are.

“We have Talanoa Hufanga,” Neilon said of his Team Nasty teammate,” who has stepped up for our team. He’s a tremendous competitor, a tremendous leader. He’s always picking you up and he’s a great guy to be around. And Amon-Ra St. Brown. There’s a bunch of guys who stand out, but for Team Nasty, those are the younger guys who pop out in my head right away, but there are many more.”

As for on-field work, the players are without the coaches this summer, but Neilon said the line is working on assignments from position coach Tim Drevno, putting in time watching film of NFL linemen, and constantly helping each other out during PRPs. The offense under new offensive coordinator Graham Harrell will be one of the biggest stories for USC football this fall, and Neilon believes things are on track for success.

“The base, his main concepts, were put in pretty well during spring,” Neilon said. “I think a lot of guys grasped that. For fall camp, it’ll be game planning and the little details, learning the ins and outs of it. But I think the foundation is instilled in us pretty well.

“Obviously last season was tough and we have a lot to look forward to,” Neilon said. “A lot of guys are buying in, so it’s exciting. And when that little cluster starts buying in, it brings more people along. I think we have everyone on board and it’s moving, so I think we’ve jelled a lot more as a team, done a lot more as a team. You can feel it. The overall energy.”