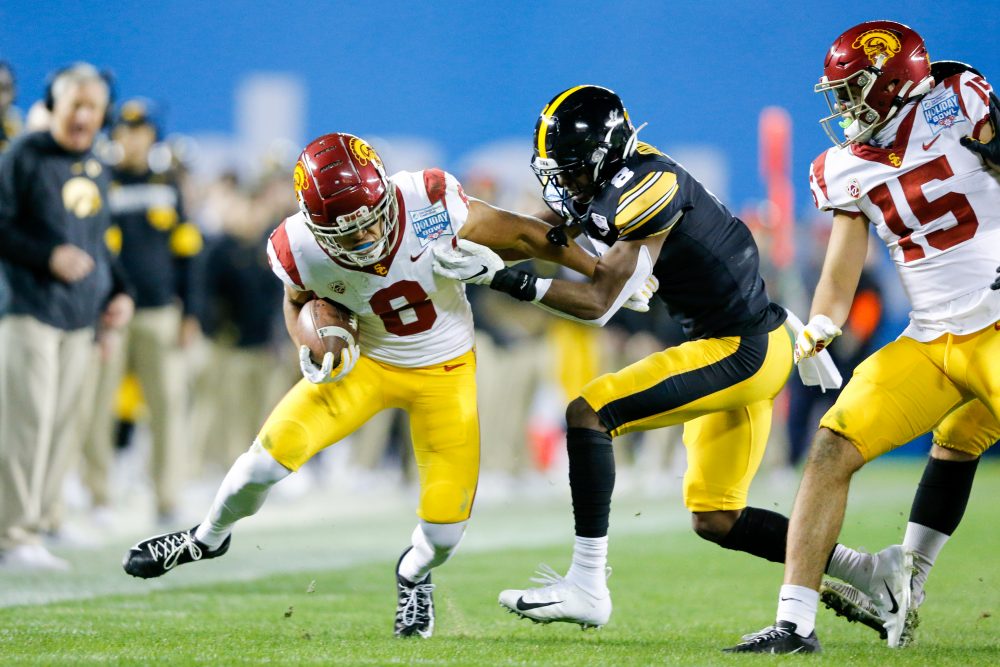 The NCAA Division I board of directors voted Friday to give fall sport athletes–including all football players– an extra year of eligibility, regardless of whether the players participate in their sport this fall or the ensuing spring.

Not only does this ruling grant an extra year for seniors who would have otherwise completed their eligibility this fall or next spring–potentially without playing a season–it ultimately gives six years of eligibility to every fall sport athlete. A current incoming freshman could participate this season as a true freshman, play the 2021 season again counting in essence as a true freshman, and continue forward from there still with a redshirt year as an option.

At this point, it’s still an unknown as to what will happen with USC and Pac-12 football this year, as the conference has canceled the fall season for all sports and only tentatively discussed the possibility of a spring season. But this ruling should be seen as a positive for USC, which can now deliver some clarity to its student-athletes who might have been worried about losing a season of eligibility and thinking about making a move to a school looking more seriously to play sports this fall or spring.

Of course, as has been the case with many decisions at this level during the coronavirus pandemic, this ruling creates addition questions that must be answered at some point. As was the case with granting spring sport athletes an additional year of eligibility, ultimately this will be up to the individual schools on how they want to go about granting the extra year–to football player specifically, as they could make up the largest percentage of student-athletes seeking that extra season. A school would need to weigh the financial burden of potentially carrying extra scholarships in each sport and could decide whether or not to make that option available for its student-athletes.

Programs will now be able to carry rosters that exceed the normal scholarship limitations, as seniors who return next year will not be included in those scholarship counts. For USC, which has 16 scholarship seniors or redshirt seniors on its football roster, that means there could be as many as 101 scholarship players on its 2021 roster–and theoretically, possibly even more if senior transfers or graduate transfers aren’t counted toward that scholarship limit total.

And because of that, it’s certainly expected that the NCAA will need to address the following classes as well. There’s a possibility we might see a mass exodus of football players following the 2021 season, as seniors now exhausting their eligibility are joined by fourth and fifth-year players who would still have a year remaining but choose not to exercise it, instead opting to follow the traditional schedule.

But the possibility also exists that this creates something of a five-year logjam for athletics programs choosing to accommodate every student-athlete who wishes to return and take advantage of this extra year.

While there are plenty of positives in this ruling for both the student-athletes and programs, it will likely create more than a few headaches that universities and coaching staff will need to sort out. With playing time and practice reps a constant source of frustration of players down on the depth chart, this will add to that struggle of coaches keeping players motivated and happy. This is especially true when it comes to both the 2020 and 2021 recruiting classes, as they will now basically form a massive freshman class, which could result in plenty of transfers as depth charts and playing time shakes out. For USC, which will bring in just a 12-member 2020 recruiting class, this might not be a serious issue to battle.

In addition to the ruling on eligibility, the board also voted that schools can’t require student-athletes to waive their legal rights when it comes to Covid-19 as a condition of participation, and that schools cannot cancel or reduce scholarships if an athlete decides not to participate because of Covid-19.