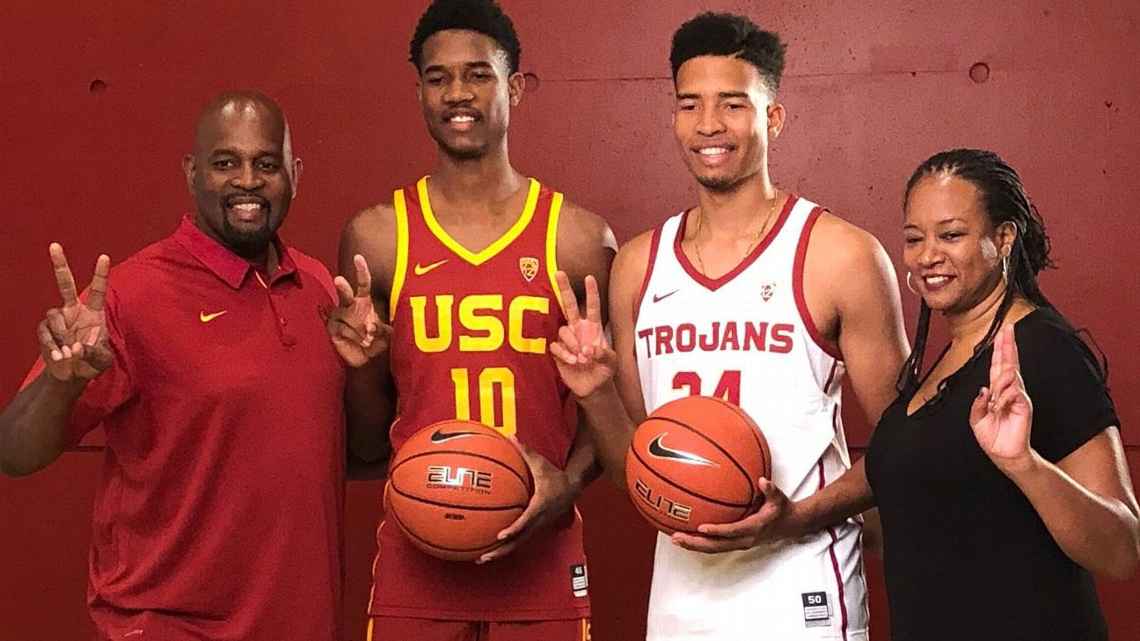 Trojans’ men’s head basketball coach Andy Enfield received a huge verbal commitment from the nation’s top high school basketball talent for the Class of 2020, 7-foot center Evan Mobley (photo above – Evan Mobley, second from left, shown with his father Eric, brother Isaiah and mother Nicol), who will join his heralded brother, freshman forward Isaiah, and his father, Eric, who is an assistant coach for the men’s basketball team.

The athletic Mobley, who averaged 19 points, 10 rebounds and five blocks per game last season for Temecula (Calif.) Rancho Christian HS, becomes perhaps the most heralded men’s basketball talent ever recruited by USC. The hoops world was not necessarily stunned by the announcement that another Mobley was joining the Cardinal and Gold, but the new addition has been called by some experts as a “generational talent.”

“I want to get it out of the way before I start my senior year. And I know where I want to go,” Mobley told ESPN. “As a freshman and sophomore, I wasn’t sure exactly where I was going to go. I was looking for the best fit. But after my junior season, I know that being at USC is the right fit for me.

“It will be very exciting. It would be like playing in my backyard again and on the playground. We played together and against each other and my dad would be there coaching us. My dad has been my coach all the way up until high school. I can’t wait.”

Mobley is the first commitment for Enfield for the 2020 class, but he is USC’s third five-star prospect in the past two recruiting classes, following Isaiah Mobley and Onyeka Okongwu.