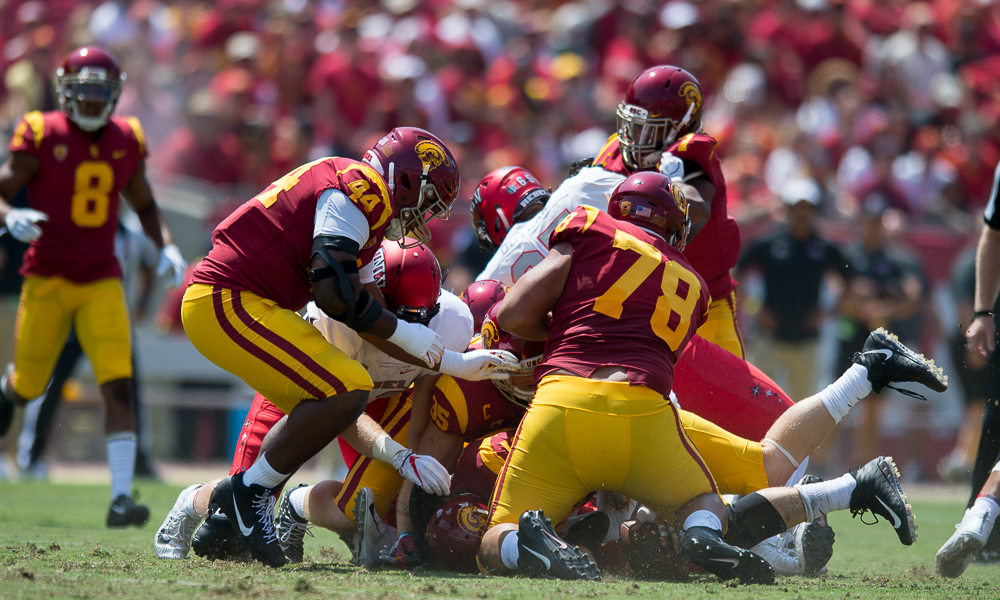 Like most of you, I love football.  It was my first love as a boy, and over the years, as work, family, and other obligations have crowded out the other sports that I played and watched growing up, only football still matters to me.  I’m 45 years old; I have a family, a career; I understand intellectually that what a few dozen college kids do on a field on a Saturday afternoon does not really affect my life in any lasting, significant way.  And yet it does.  Or at least it feels like it does.

And I’m clearly not alone.   The NFL and college football are wildly popular.  According to Gallup, more than 37% of Americans say football is their favorite sport to watch, far more than baseball (9%), basketball (11%), and soccer (7%) combined.  We love football so much we have turned the NFL draft into a highly rated, three-night primetime event.  Millions of people spend hours in the late summer drafting players they couldn’t pick out of a line up so they can play pretend football against friends and co-workers.  Where I live, tens of thousands flock to multi-million-dollar stadiums to watch high school games on Friday nights.  On Super Bowl Sunday, the entire country shuts down.

Football is wildly popular.  We can’t get enough of it.

Yet we wonder whether the game will survive.

We know more than we did about the dangers, about the long-term consequences, of playing football.  In a podcast we will release tomorrow with former USC tailback Rod McNeill, Rod talks about his brother Fred, an NFL star who passed away early because of the brain injuries he suffered from many years of playing football at the highest level.  Fred’s tragic story is not alone.  These stories are now inescapable.  Mothers across the country have certainly noticed, and participation rates in youth and high school programs in many parts of the country are dwindling.

This crisis for football feels new, but it really isn’t.  Football was at-risk once before.  At the turn of the 20th century, football almost died in its infancy.  Between 1900 and 1905, 45 people died playing football, 18 of them in 1905 alone.  It got so bad that some of the major football powers of the day decided to drop the sport, and President Teddy Roosevelt – no softie – demanded rule changes to make the game safer.  The rule changes, among them the forward pass, made the game more wide-open and reduced the carnage.

Those days are clearly over, and it’s good that they are.  Rule changes and stricter enforcement can make the game safer.  But I wonder if any rule changes can take away the danger of repetitive head injuries for men who are 230, 250, or 300 pounds crashing into each other at superhuman speeds.  I suspect not.

Yet I believe the game will continue to survive at the highest levels because there will always be athletes who are willing to risk the danger for the rewards – the thrills, the money, the fame.  Combat sports aren’t exactly safe, yet boxing and MMA continue to thrive.  Football will too.  I think.

I also suspect football survives because we will discover that, at the lower levels, the dangers are currently overstated.  I don’t have long-term studies in support of this, and it’s entirely possible that I just don’t know what I’m talking about.  But even in the absence of long-term studies, we have reason to doubt there is a crisis brewing because of brain damage suffered at the lower levels.  There was a day not many years ago when a very large percentage of high school boys played football.  Those boys are now in the their 40’s, 50’s, 60’s, and 70’s – yet we don’t see an epidemic of brain injuries in men of those age groups.  In fact, I have run into few – very few – men who played high school football who wish they hadn’t.  That’s telling.  The people who played the game, who put their brains at risk for no riches and no fame, are almost universally happy that they played.  Does this tell us anything about the inherent danger of the sport?  I think it probably does.

Maybe I’m wrong about this.  Maybe players are just too big now, even at the high school level, for the game to be safe.  We know that elite recruits are much larger today.  But it appears that people in general are simply larger today.  A 2002 study from the Centers for Disease Control and Prevention revealed that from 1960 to 2002, the average adult male height went up an inch and the average adult male’s weight increased about 25 pounds.

Still, I would be careful to assume that the dangers inherent in the NFL are equivalent to the dangers in high school.  Just as there is a world of difference between boxing a prime Mike Tyson and boxing another 40-something accountant at the local boxing gym, there is also a world of difference between crashing your head into other superhuman athletes for 20 years – as Junior Seau did – and playing for a few years against mere mortals in high school.  Sure, boxing is boxing, and football is football, but the circumstances in which you’re doing those activities – and the people you are competing against – make one form of boxing or football almost completely unrelated to the other.

It is hard to imagine America giving up its favorite pastime.  I wonder whether nature will demand it.

I’m not sure I’ve ever seen a hotter coaching candidate who just got fired for winning only 47% of his games at a second-tier college program.  I get Kliff as a coordinator.  But is there really an NFL general manager who is trying to sell his owner on the just-fired coach from Texas Tech as the answer to competing with Bill Belichick and Sean Payton?  I’ll believe it when I see it.

USC Game of the Past

The Huskies came into the Coliseum undefeated and ranked number one.  USC, after a brutal early loss to LSU, was 7-1.  The winner got the Rose Bowl.

In what was probably the high-water mark for Ted Tollner at USC, the Trojans handled the Huskies 16-7 behind great defense (Duane Bickett, Jack Del Rio, Tim McDonald), and a huge day from kicker Steve Jordan.  This was my first time watching a huge USC victory in the Coliseum, and I’ll never forget it.

If you want to re-live the highlights, check out this link: