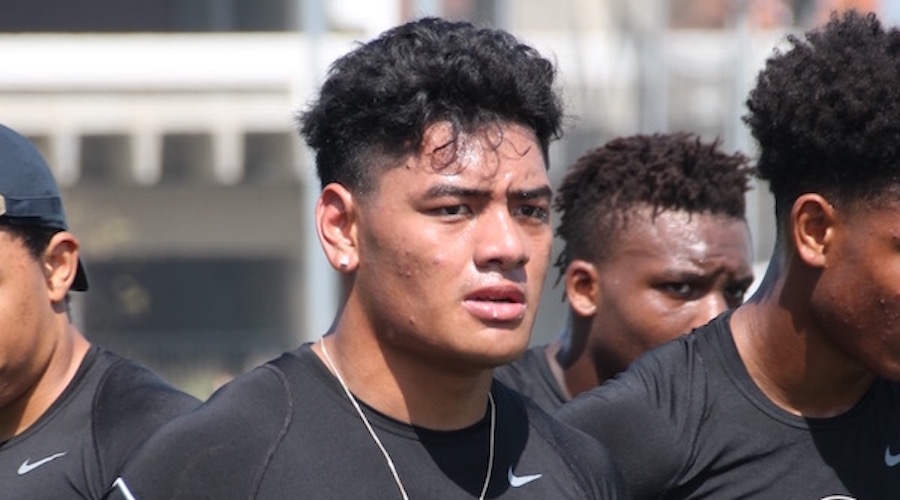 I can understand why so many players are jumping into the Transfer Portal. With a name like that, how could you not? It sounds so exciting, like something from Star Wars. “Obi Wan, General Grievous has just accessed the Transfer Portal!” I think the Transfer Portal is how that little girl got back to her family in Poltergeist. “Run to the light, Carol Anne. And take Bru McCoy’s hand. He’s going with you.” If they had named it Bureaucratic Procedure By Which You Bail On Your Teammates nobody would ever touch it. But Transfer Portal!? I’m in.

But why do we need such a thing? Isn’t it about time we lifted the NCAA restrictions on transfers? Head coaches leave for other programs. So do assistant coaches. So do athletic directors. School presidents leave. (Sometimes they don’t when you really want them to….) Professors leave. The nerdy kid sitting next to the QB in biology? He can leave. The guy at the ticket booth can take a new job. The guy selling hot dogs from a shopping cart at the Coliseum can take his act to the Rose Bowl, if he can outrun the LAPD. Everybody is free to go except the 19-year-old free safety, who was told during the recruiting process that he would start as a freshman. (He isn’t.) Who was told by his head coach that the coach loves his job and wouldn’t even think about taking another. (He’s in the SEC now.) Who thought he’d be an All-American but, it turns out, he probably isn’t as good as everybody thought. But if he wants to leave, he has to sit out a year, and his current program has given him a list of schools that he can’t attend.

It’s time to end this nonsense. If you’re not happy at your job, you can take another. The same principle should apply to college athletes. If a player isn’t happy at one program, let him go to another. Freedom isn’t such a terrible thing, and we may actually encourage a little accountability: a free-transfer rule may encourage coaches to pause for a second before making recruiting promises they know they can’t keep.

So it’s possible that Clemson accidentally gave players performance-enhancing drugs? One second you’re feeding your players their Ovaltine, and next thing you know, that Ovaltine was laced with ostarine. It’s disappointing when you accidentally give your players banned substances that make them bigger, faster, and stronger.

The NCAA conducts random drug testing of athletes throughout the year, and it does random testing of any teams involved in post-season games, including the playoff. This means that not every player gets tested, and there is no consistency in testing.

A couple of years ago, Nick Saban was unhappy about that:

“Well if they’re going to test they should test everybody,” Saban said. “They shouldn’t just test the four teams in the championship. Which is what happened last year. And the standard should be the same as it is at the other schools. Because their standard is lower than what other schools have as a standard for a positive test.

“So just because you got into the championship and the playoff last year your guys got tested so those guys are all getting suspended next year. Aight, but how many other guys played in bowl games? It’s not the same standard for everybody.”

Most of us probably snickered at Saban’s complaint – I know I did – but he’s right about one thing: everybody should be tested and tested regularly, and the standard used should be a national standard. Testing less than a third of a football team and doing that only occasionally just isn’t good enough if we take PED’s seriously.

Now I know that the cheaters are often ahead of the testers. Lance Armstrong famously never failed a drug test. But can’t we at least make it a little more difficult? Why not institute Olympic-style testing and require every NCAA D-1 football players gets tested multiple times every year?

While we’re on the subject of cheating, if it’s true that certain schools and regions are more likely to violate the rules against paying players (SEC, are your ears burning?), why aren’t elite recruits that choose to go elsewhere pointing out the cheaters? A few months ago, Sua Cravens tweeted that SEC schools were offering money. Names, Sua, names. If our five-star players were offered money by people associated with other programs, isn’t that something we should be raising? Maybe not if USC is paying also, but I’m assuming we don’t. USC doesn’t even want to pay its coaches, which may in part explain our current circumstances.

I am very much looking forward to watching EA (Palaie Gaoteote) play this year. As a sophomore, he should be more comfortable with the defense, and I think there’s a chance that Clancy will even put him on the field. This would be good, because the guy may be the closest thing we’ll see to Junior Seau in a Trojan uniform. I know, I’m really pumping some EA sunshine right now, but I have a good feeling about this. I think the kid is special.