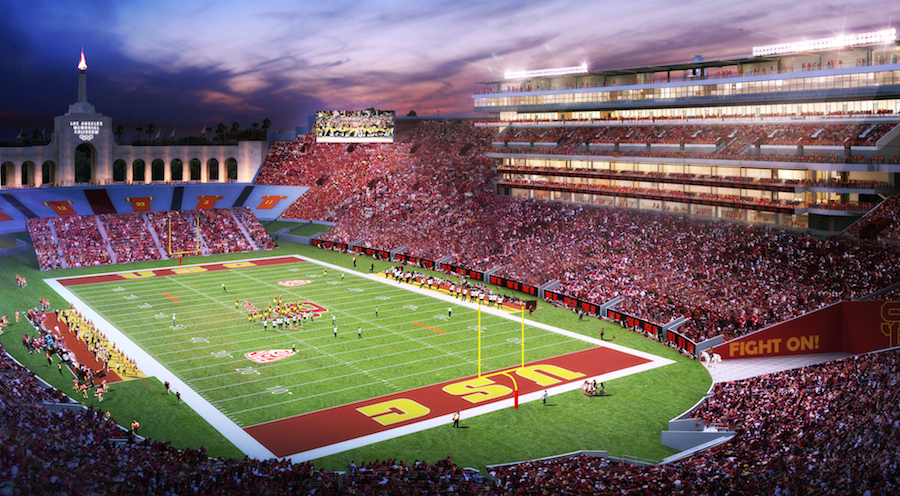 A couple of weeks ago in Musings, I mentioned how much I hate Oregon. It felt good, and it’s important to speak the truth even when it doesn’t. Now I want to turn it around a little and talk about other college programs we like. College football fandom is, and should be, largely monogamous. If you were a Miami fan in the 80’s, a Nebraska fan in the 90’s, and an Alabama fan now, that’s not okay. Whatever your other redeeming qualities, I probably couldn’t hang out with you. But is it okay to like another college program, at least a little bit? When? Here are some guidelines.

If you grew up in an area where rooting for the hometown team is a part of the local culture, then it’s okay to pull for that team still. If you grew up in Nebraska, for example, you can root for Nebraska even if you attended USC. If you attended another academic institution, you can also pull for that program as well. And you can always root for the service academies. These are easy.

You also can, and probably should, root for marginal programs who are annually positioned to pull upsets against the major powers. I will call this the Michigan State Rule, since the Spartans are probably the best example. For the Michigan State Rule to apply, a team must play the same traditional powers regularly (in the Spartans’ case, Notre Dame, Michigan, and Ohio State) and must be good enough to knock off the big boys on a not-infrequent basis.

But they cannot be a power themselves. Thus, for example, Florida State is out, even if they can knock off Miami and Florida, because they are too prestigious a program to fit with it the Michigan State Rule. Likewise, Vandy is out even though they take on all the SEC teams that need to lose just because they’re consistently terrible. A Vandy win over an Alabama or Florida is obviously a glorious thing, but it’s too infrequent to justify making Vandy a secondary favorite.

So who besides Michigan State qualifies? Oklahoma State and Texas Tech, since they can take down Texas and Oklahoma. Wisconsin, probably, although the Badgers might be outgrowing the category. Auburn is probably too good, but it is so important for Alabama to lose that we can probably make an exception. Arkansas qualifies, although the Razorbacks have been so bad lately that they threaten to fall into Vanderbilt territory if they’re not careful.

I’m going to open up to the board a question I asked Kevin Bruce and Darrell Rideaux in the initial episode of ConQuiz. I call it attend, donate, or sinkhole. I give you three schools — ND, Stanford, and UCLA — and you have to attend one of them for four years, give $5,000 a year to one of them for the rest of your life, and have one of them sucked into a giant sinkhole, never to be heard from again. What’s your call?

I think you can make a decent argument to attend both Stanford and UCLA. Stanford is the more prestigious institution, but the women…. That’s all I’m going to say. ND suffers from that same defect, it’s in that dump South Bend, and while it has a fine academic reputation, Stanford’s is higher and UCLA’s is probably equivalent. So I don’t see attending ND under any scenario.

Donate? I say Stanford, because I know Stanford absolutely, positively doesn’t need the money. This means that I know my donation is completely irrelevant, which is nice because I would hate to think that I’m helping any of these three institutions.

Sinkhole? You can obviously make a strong argument for Notre Dame. I’ve long assumed that the only reason this hasn’t happened to Notre Dame already is because even the Earth’s core wants to stay as far away from South Bend, Indiana as possible. The problem is that I love the USC-Notre Dame game too much, and Notre Dame Stadium is my all-time favorite venue for a football game. So I think the Earth will need to swallow UCLA.

Will Pat’s Tower help give USC a home field advantage? The Coliseum has never been a consistently loud venue. We’ve had our moments — fewer recently, since groans aren’t as ear-piercing as cheers — but the Coliseum has never been a loud venue. Will the tower help by keeping the sound from escaping? Will the shape of the tower direct the rattle of jewelry and clink of champagne glasses onto the field? How much would it have cost to put up an overhang to provide shade and keep the sound in? Did USC look into this and decide against it because nobody could think of a way to provide shades only to donors and leave the rest of the riff-raff to deal with UV rays as best they can?

I do hope the new Coliseum will increase noise. It would be nice to have some silver lining. I still can’t believe we’re getting a nine-figure renovation only to still have tens of thousands of the worst seats for a spectator that exist in any stadium anywhere. Isn’t it a little like refurbishing a concert hall and leaving horrible acoustics in place such that half the seats can’t hear the music?

At least it will be good for the nobility. That’s worth cheering, I suppose. Don’t get me wrong, though. I only lack excitement about these new benefits for the upper crust until I’m invited to sit there myself, at which point my perspective will completely change. I once saw a quote from Bono explaining one of the differences between Ireland and America. He said in America people see the mansion on the top of the hill and say, “I’m going to live there someday,” whereas in Ireland they see that house and say, “I’m going to get that SOB someday.” I think there’s some truth to that (although the Get-That-SOB caucus seems to be growing in America at the moment), and being that nothing but mom, apple pie, and baseball is more American than Musings, I’m not angry at the caviar crowd and am ready at any second to switch sides and leave the crowd I usually hang with and join Pat and company in the hated tower instead.

You’ve probably seen those billboards: “Does billboard advertising work? It just did.” (Did it? Did I just buy something without knowing it?). I’m adopting that approach. Does advertising in Musings work? It just did. Give me seats in your tower box and I’ll plug your business every week. I guarantee that your business will grow. Or stay roughly the same. Or at least avoid losing 40% of your revenues. Yes, that’s it; advertise in Musings to hedge against possible financial disaster. Save me some caviar, Pat.

Better acoustics could help. But a lot of the reason USC lacks a home field advantage is cultural; USC has a lot of sit-down-and-clap-politely fans. USC isn’t the only major program that suffers from this problem. I think Michigan does. ND does a little. Texas, historically, is not particularly loud.

What USC needs most, of course, is to win. It is hard to have a home field advantage when the Coliseum looks like the early season crowds for the Indians in Major League. People don’t attend in LA if you lose. You can complain about that, compare us unfavorably to Nebraska or SEC fans, say USC fans are fair-weather. Whatever. So Cal fans of all types simply don’t tolerate mediocrity from their sports teams. If the product is bad, the customers go away. Is this wrong? I’m not sure why. I wouldn’t keep attending concerts if the band couldn’t hit the right notes. I wouldn’t keep seeing plays at a place where the actors consistently don’t remember their lines. I wouldn’t buy a car that starts half the time.

Now, a lot of us on this board still attend even in the dark times because we really love USC football. It’s just too important to us, regardless of its current state. Some people might attend the symphony even if the cellists play like garbage, too. They just love it too much to walk away. But I don’t know why we should expect that of everybody. Most people aren’t willing to pay a lot of money — and USC games are a lot of money — for a bad product.

But it’s also important to be interesting in LA. Grinding out 13-9 wins won’t do it in LA even if the team has a good record. This is the entertainment capital of the world. The product needs to be fun. The Showtime Lakers. Fernandomania. Matt and Reggie. I like a good defensive football game. But I think much of the world has passed me by. Certainly, casual fans have. I just don’t know that USC could play like Stanford or Wisconsin and give people what they want.

The Air Raid might if it’s successful, even if dinosaurs like Kevin Bruce and me aren’t huge fans of that style. And I think we must be willing to trade Kevin Bruce for hip hop stars and hot young starlets.

I won’t wade into the board’s Reggie Bush debate other than to say this: I hate the NCAA so much that if they banned that despicable bastard Kim Jong-un from USC games, I’d be tempted to kidnap him from his evil lair, fly him to LA, and cheer his presence at the Coliseum solely out of spite.