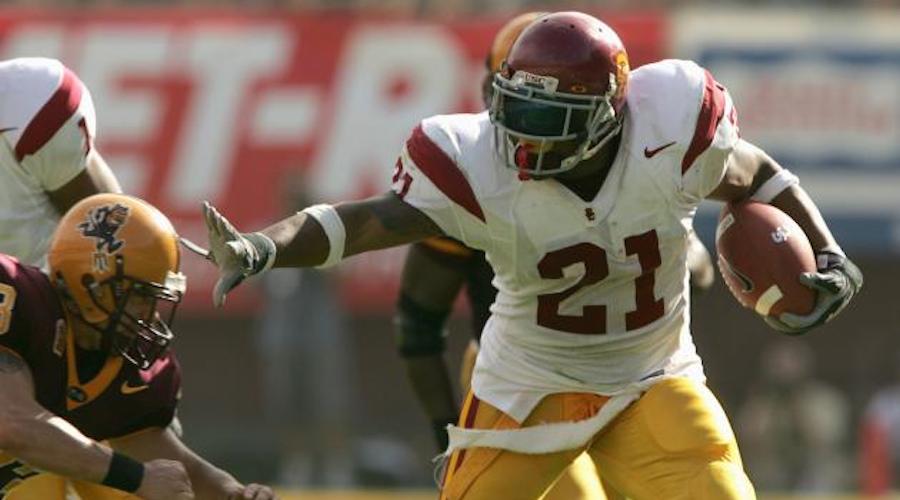 Quick Musings today. I’m preparing for trial, and nothing is happening this time of year anyway.

Well, that’s not entirely true. Some schools are recruiting their next class of blue-chip players. USC has apparently opted out of that rat race. We’re going off the grid, people.

I am not a recruiting expert. I don’t talk to high school students or their coaches about where kids will be going to school. I do take interest in the subject for obvious reasons, purely as an outside observer.

But I’m going to have to stop clicking on Erik McKinney’s recruiting updates. I clicked on the last one, excited for some interesting recruiting news, and … just left depressed. USC has one commitment in the last nine months!? I bet Lee had more volunteers after Appomattox. Don’t you think he must have
come across at least two volunteers after surrendering? And USC football hasn’t even surrendered, at least not officially.

High school players, their parents, and their coaches seem to be more excited about the current state of USC football than I am and all of my fellow message board whiners are. After all, I’d still sign up to be a Trojan, despite what I know about Clay Helton and his regime. Yet USC apparently can’t find any takers.

Of late, Oregon is treating USC football recruiting the way Daenerys treated King’s Landing. They must have some great video game consoles and locker rooms up there. I know they don’t have a history or an established coaching staff. It really hurts to see a program like that continue to steal USC’s lunch money.

I note that Illinois has two top-200 recruits verbally committed and North Carolina has three. Maybe McKinney can add a feature at the top of the recruiting updates that show how USC is comparing to those two powerhouses over time. Maybe the site can be rigged to release balloons and streamers
when (if?) we pass them up – you know, like those e-birthday cards.

I wonder if San Jose State has any commitments we can poach….

In all seriousness, I’m worried about this next recruiting class. Last year’s class was below par for USC. I don’t think we can afford two sub-par classes in a row, especially considering how much trouble the rest of the conference has been giving USC even when USC dominates west coast recruiting. Once the
recruiting advantage disappears, where will that leave this program?

I love democracy as much as the next guy. As Churchill said, it’s the worst except for all the others. But I can’t get behind this board’s vote on the top USC running backs. Reggie at 50%, OJ at 30%, and LenDale White at 7%? It’s not clear to me that Reggie was even better than LenDale – flashier, yes, but if I had to choose just one? I’d need to sleep on it. But 50% to 7% better? No.

And Reggie blowing out OJ? Come on, people. Everything that Reggie could do, OJ could do. He was just as explosive, just as likely to score from anywhere on the field. But the Juice was substantially bigger and more physical and could run between the tackles. Nobody pulled out OJ and replaced him with a backfield mate on 3 rd and 1. No way Reggie should be topping that list.

By the way, the overwhelming vote for Leinart? No-brainer. You can’t argue with 4 th and 9, a Heisman, consecutive national titles, and a loss the next year in a title game where he went 29 of 40 for 365 yards and helped the offense put up 38 points against a very good defense. Nobody in USC history, and very few in NCAA history, have Matt’s resume. Easy choice for number one, in my opinion.

Yes, it’s off topic, but I think it’s time to buy stock in high school sprinter Matthew Boling. He’s only been running the 100m for one year, and there are technical problems he really needs to fix – which is kind of frightening, because the kid is setting records and still has the ability to get a lot faster.

It’s been a very long time since a white sprinter could compete at the international level. If this kid continues to develop such that he’s an elite figure at a future Olympics, I can’t imagine the sponsors that will be lining up to line his pockets. Like I said, buy now.

Story time. I mentioned a few weeks ago that I competed against the British national champion in an Olympic-style weightlifting competition some years ago. Here’s what happened. After football season my junior year in college, I went to Oxford to study in an overseas program there. In the 90’s in England, there were very few weight rooms, and the ones that existed were sparsely attended. So I went four times a week to train for my upcoming senior season in football, and I occasionally talked with the few natives who spent time in the weight room.

One day, one of those guys approached me and said they needed me to do them a favor. What do you need? We need you to compete with us tomorrow at our weight-lifting competition. Our fourth team member, he said, is extremely ill and we need a replacement. I told him that I didn’t train for those Olympic style lifts, that I had obviously done power cleans but not clean-and-jerk and I had never done snatch. He said it was no problem. They were going to get nothing from that spot on their roster if I didn’t show up, so even if I lifted five pounds they would be better off.

I asked him what kind of competition this was. He said it’s a small local thing, no big deal. I said okay. He gives me a 10-minute crash course on the proper technique for the lifts.
The next day I show up. There are more people than I had expected. It wasn’t a huge crowd. There were about 75 to 100 people there, sort of like last year’s USC-UCLA game. That was still more than I expected. Or wanted.

I’m introduced to somebody who I’m told is the only other person in my weight class. Nice guy, seems like he’s in good shape. I notice that everybody is coming up and shaking his hand. I ask my new teammate, “Why is everybody walking up to this guy?”

“Oh, he’s the British national champion. He’s competing here because this is some kind of regional qualifier for the national championships.” I, of course, am super excited to be competing mano-y-mano against this guy, doing lifts that I literally had done for the first time 24 hours earlier.

And when our time comes it is every bit as humiliating as you might imagine as this guy is throwing up huge weights and I – an unknown Yank with terrible form – is putting up weight that some of the larger female competitors in the competition were doing.

But I did finish second to the British national champion at a weightlifting competition. So I have that going for me.

For some other day: how we violated the rules of protocol and insulted the royal family.