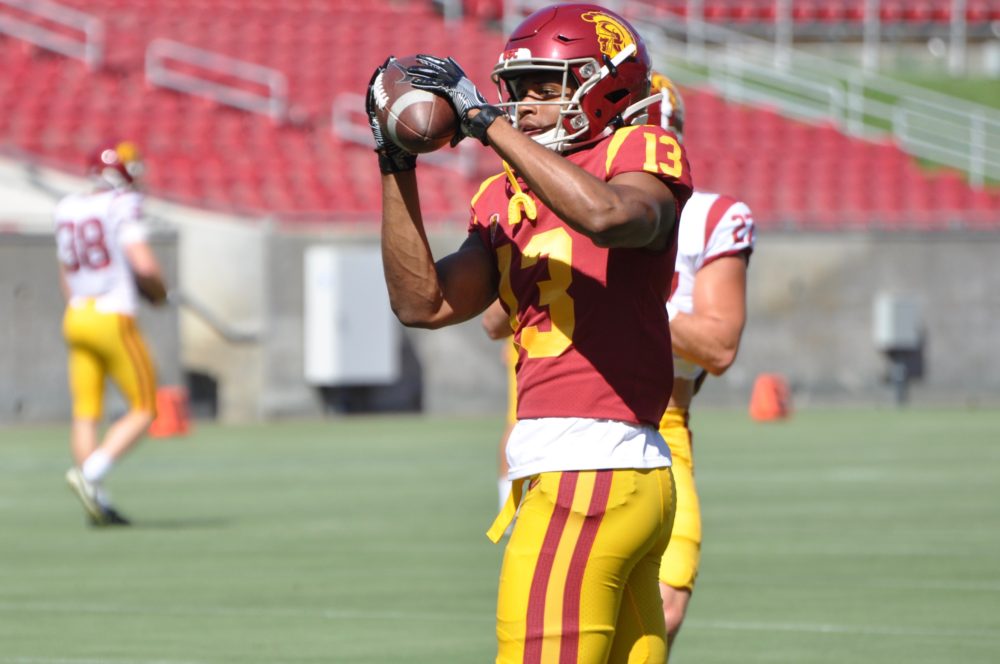 USC will be without wide receiver Munir McClain and outside linebacker Abdul-Malik McClain going forward, as the brothers intend to enter the transfer portal and move on from USC, according to a report from Ryan Kartje of the L.A. Times.

Munir has been suspended all season, as he is allegedly a target of a federal investigation into fraud pertaining to pandemic unemployment benefits.

Munir and his mother, Shan McClain, have maintained his innocence and have publicly made statements saying they believe the receiver did nothing wrong and that USC has not and will not provide a thorough reasoning on why he was suspended from the team.

Since then, McClain’s mother has been outspoken on social media as it pertains to USC not having the best interest of her son, and it always felt as though it was a matter of time before the brothers looked to transfer elsewhere.

Abdul-Malik McClain suffered an injury last season and missed time, but he hasn’t played many snaps at outside linebacker this season, sitting behind Drake Jackson and Hunter Echols.

According to the report from the L.A. Times, Munir McClain made one final push for reinstatement, as he emailed several USC personnel, including head coach Clay Helton and athletic director Mike Bohn, asking for an explanation for his suspension. Again according to the report, only USC vice president of ethics and professionalism Michael Blanton responded.

Munir McClain caught three passes for 19 yards as a true freshman last season before suffering a knee injury against Arizona and missing the final six games of the season. Abdul-Malik McClain had two sacks in five games last season and was also injured against Arizona, dislocating his shoulder.