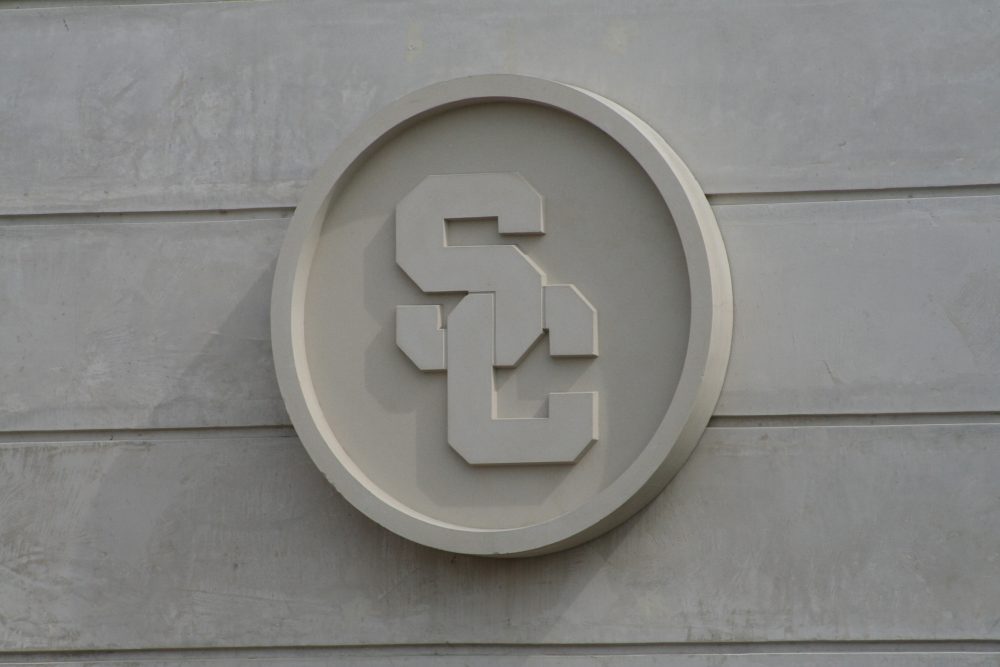 It’s one thing to lose a game. It’s another to somehow lose a game you weren’t even playing. And it’s something beyond that to lose a National Championship Game that you were light years away from participating in.

But that’s what the Trojans pulled off Monday night, as former USC interim coach Ed Orgeron and his LSU Tigers finished off a 15-0 season with a dominant showing in the College Football Playoff National Championship Game.

At this point, it feels like a zero sum game between Orgeron and USC. As Orgeron climbs into the college football stratosphere as the guy everyone but the most ardent Alabama fan loves to love, USC looks more and more foolish for its decision six years ago to bypass Orgeron in favor of Steve Sarkisian.

USC’s win against Stanford in 2013 under Orgeron easily ranks as one of the Trojans’ top-5 wins in the last decade, but truthfully, the way USC lost to Notre Dame and UCLA made it okay for then-Athletic Director Pat Haden to go a different direction than Orgeron. He wouldn’t have been blasted if he’d kept Orgeron as the permanent coach, but it wouldn’t have been seen as the obvious right answer.

It’s unclear if Orgeron and USC would have seen the same success that Orgeron and LSU have seen. But what is clear is that an Orgeron-led USC would have been really fun to watch. Orgeron brought every ounce of passion he had and the players who played for him at USC might have even found themselves secretly rooting for their old coach had that been a Tigers-Trojans championship game on Monday night. That’s the kind of effect he had on everyone he came in contact with while at USC.

The decision to go in a different direction than Orgeron has been well-documented, but it’s only the subsequent decisions that make it look so bad in hindsight.

Orgeron “got” USC, but that was only part of it. He also brought his own personality and he and the USC program–in just those few months–molded to each other. It was similar to what happened with Pete Carroll at USC. Yes, Carroll “got” USC, but he also brought his own strong personality and because of that, USC became Carroll just as much as Carroll became USC. With the subsequent three hires, it feels like a game of telephone, where the original message of what USC is has been passed from Carroll to Sarkisian to Kiffin to Helton, each time getting more distorted.

I’m not here to point out that LSU is good and USC isn’t right now. This season hammered that point home, and there are so many other variables that have played a part in that, as opposed to the dumbed down debate of hiring Orgeron vs the three hires USC has actually made.

It’s easy to kick USC when its down. Just like the Yankees or the Lakers, or what would happen to Alabama if it somehow stumbled to a five-win season in the couple years after Nick Saban retires. The narrative with Orgeron wouldn’t have been nearly as gripping had USC been coming off back-to-back Rose Bowl wins a couple weeks ago.

Ultimately, the Trojans have to figure out first, if they want to get there, and second, how to get there. Whatever went into cleaning up penalty and turnover issues this past offseason clearly did not work (Again, for those in the back, USC was 119th in turnover margin and 118th in penalty yards per game in 2019).

USC is not close to LSU right now when it comes to the on-field product. But unfortunately, for one night, thanks to Ed Orgeron, they were inseparable.

ESPN recently began releasing a list of its top 150 college football players of all time. These kinds of lists are never accurate, but with them, there can still be a difference between not accurate and wrong. In a number of cases, this list was flat out wrong.

It’s nice that with nine players each, Notre Dame and USC were tied for the most selections among the 150. But it’s always nice to have a litmus test with these kinds of things. When–in a list that looks at college careers only–Anthony Muñoz is listed as the top offensive lineman from USC and Ron Yary isn’t listed at all, it’s pretty easy to not just take the list with a grain of salt, it becomes necessary to pack it in a salt dome.

It’s fine that O.J. Simpson checks in as the top Trojan on the list, but having the first player from USC at No. 25 overall is too low.

And try telling somebody, anybody, that Reggie Bush is the 28th-best running back to ever play college football.

Ultimately, these lists are all about starting conversations. Simply being listed among the best 150 players to play in the 150 years of college football is an unbelievable honor, and fans are still going to feel that at least 50% of the people on them will be ranked too low. But those were a few USC-related items that stuck out to me.

It’s been reported that the Trojans will promote offensive quality control analyst John David Baker to assistant coach, handling the tight ends and inside receivers. It’s extremely common for an Air Raid offense to have two different coaches for the outside and inside receivers. It’s also common for an offensive coordinator to be able to have influence on who he works with, so it’s not totally surprising that offensive coordinator Graham Harrell, fresh off signing his extension with USC, would want his close friend in that position.

On the surface, it makes a lot of sense. If USC is going to go all in with the Air Raid and let Harrell make the offensive decisions, he has to be able to have full confidence that his vision is being carried out at each position.

Digging a little deeper, it’s just not a move that is going to be met with much positivity right now. Outside of Kedon Slovis at quarterback, the wide receivers were far and away the best unit on the team last season. Allocating more resources there, and potentially taking away a coach on the defensive side of the ball feels a little hollow at this stage.

But there are still some moves to be made, and the ultimate decision on a defensive coordinator could shape the 2020 season.

Big news came down on Tuesday afternoon, as Ryan Kartje of the LA Times reported that three senior USC administrators have been fired–COO/CFO Steve Lopes, TAF senior associate AD Ron Orr, and associate AD Scott Jacobson. Further, Kartje reported that the decision stemmed from concerns regarding their involvement in past scandals, including the Varsity Blues admissions scandal.

This is a huge decision from USC, and one that shows that cleanup within the athletic department is underway. This also gives a little perspective as to what USC president Carol L. Folt and athletic director Mike Bohn are facing as they continue to settle into their respective roles. They didn’t just need to get all their ducks in a row. First, they needed to find all the ducks.

In an athletic department rocked by scandal and without a true leader for roughly a decade, it was going to take at least a little time to sort out the right plan of action. These moves could be seen as too little too late by some fans who were hoping for massive, sweeping changes the minute Folt and Bohn sat down at their respective desks. But there will ultimately be seen as much-needed moves for an athletic department that desperately needed to chart a new course and start heading in a different direction.

Now, as it was after passing on Orgeron, the most important decision becomes the next one.