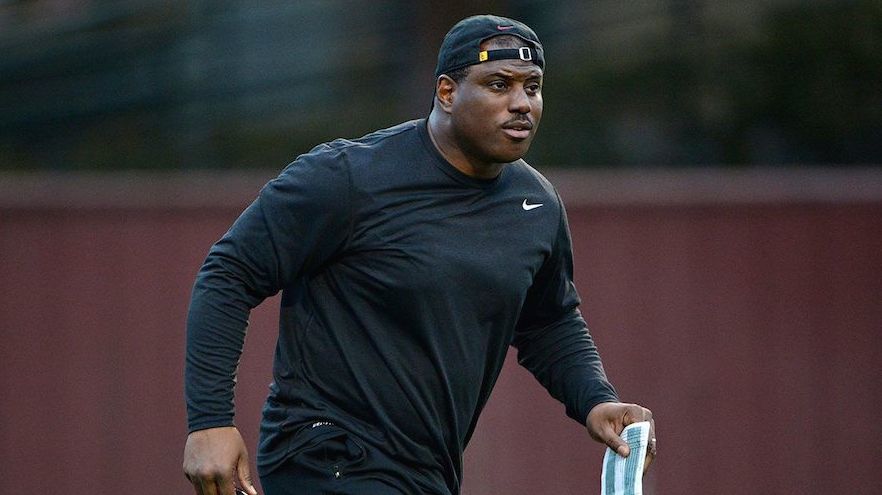 USC announced the hiring of a new coach today, and the reorganization of three other assistant coaching spots, as Clay Helton continues to finalize his first full-time staff with the Trojans.

Tommie Robinson (photo above) will be the running backs coach. Robinson worked with Helton on the staff in 2013 and was praised for his role in developing Buck Allen.

Johnny Nansen, who handled running backs the past two seasons, will move to linebacker coach and, in a bit of a surprise move, will also be the recruiting coordinator.

John Baxter will work with the tight ends, in addition to being the special teams coordinator.

The only spot remaining to be filled is defensive line, with recruits being told that will happen by tomorrow.

Click here to read the full press release from USC