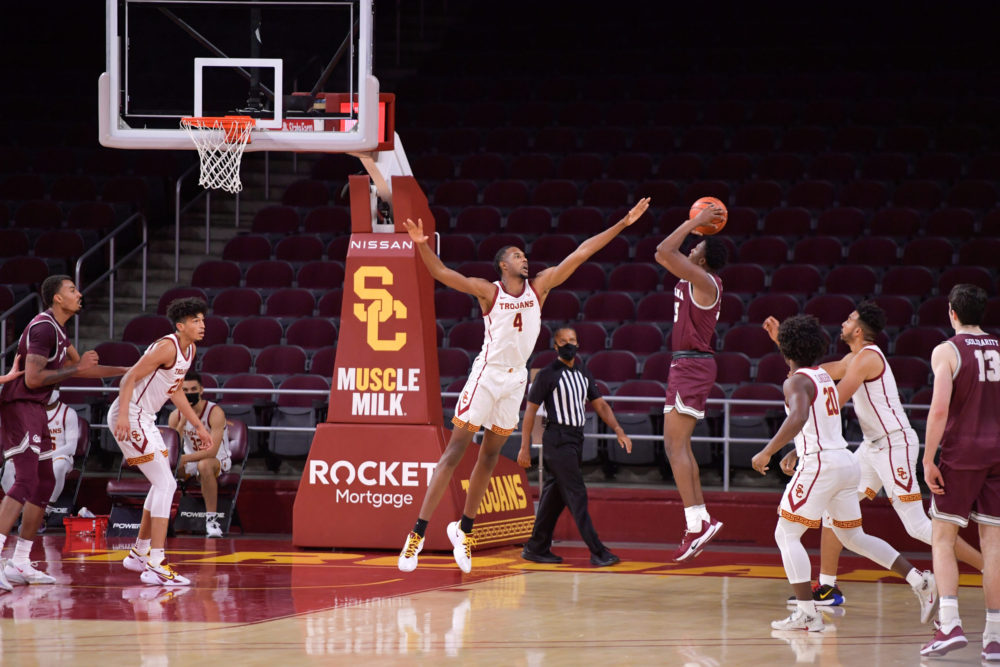 USC freshman Evan Mobley was named to the Naismith Defensive Player of the Year Watch List on Tuesday.

The 7-footer was the only freshman and the only Pac-12 player named to the 15-player list. Just three of the 15 were underclassmen.

Mobley is averaging 16.5 points, 8.6 rebounds and 2.9 blocks per game and his 44 blocked shots are tied for fifth-most in the country this season. He leads the entire Pac-12 in combined rebounds and blocks, at 129.

In 15 games this season, Mobley has registered multiple blocks in 13 of them–including back-to-back games of six blocks each–and has six double-digit rebound games.