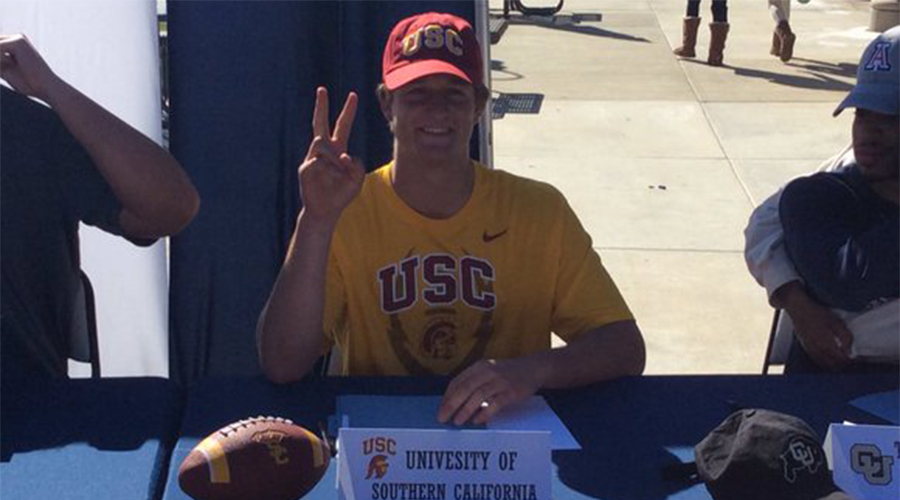 It was successful signing day for Clay Helton and his newly completed coaching staff at USC as the Trojans closed on some key prospects down the stretch to finish atop the Pac-12, and No. 11 overall, in the final ESPN class rankings.

Temecula (Calif.) Linfield Christian kicker Michael Brown, who announced his commitment to the Trojans on Monday via Twitter, wasn’t included in the official news release posted by the USC sports information department on Wednesday afternoon, but that doesn’t mean that he isn’t going to be a part of the team in 2016 — and potentially a key one at that.