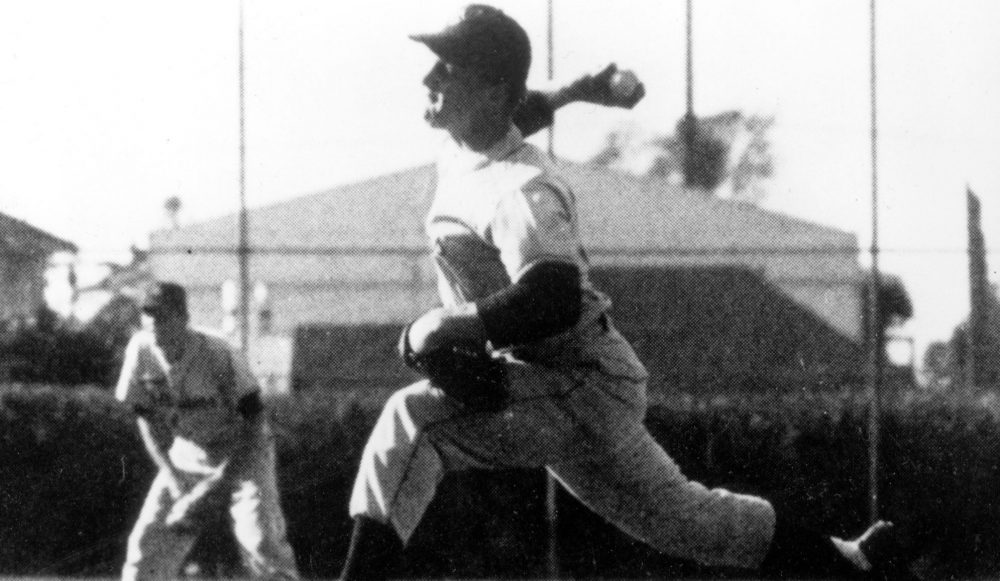 I met Tom at USC in a logic class in the fall of 1963. We were both sophomores; I had spent my freshman year at USC while Tom had gone to Fresno City College.

Also, Tom, at some point during that period, had spent six months in the Marine Reserves. I would see Tom in class, around campus and at the Sigma Chi fraternity house, as we were both pledges. During that time, I don’t recall Tom telling me that he was a baseball player. He was just a regular guy matriculating at USC,  just like me. It was only later in the year that I realized he was an incredible pitcher (and hitter), and an obvious major league prospect.

I had given a lot of thought to walking onto the baseball team (although my prospects were never very realistic; we had incredible players and teams back then, not to mention the greatest college coach of all time, Rod Dedeaux). So, I decided to go out to Bovard Field and survey the situation.

When I got there,  a friend and I positioned ourselves behind the backstop to watch the action. That’s when I first saw Tom on the mound. This was pre-JUGS Gun, but he had to have been throwing darts at 95 mph, with a wicked curveball falling out of the sky. Everyone was in awe of his incredible ability. I knew I couldn’t hit him, or a curve ball, for that matter, so I decided to double down on academics.

Later, I remember sitting in the backseat of  my roommate, Bob Selleck’s car.(Bob was Tom’s older brother and a pitcher on the USC team; I was his unofficial catcher and damned near destroyed the palm of my left hand in the process). Tom was riding shotgun.

It was one of those incredibly hot days in the San Fernando Valley and there was no air conditioning in the car. We all had the windows down. Bob and I had our arms out the window to feel a little wind.  But not Tom.  I asked him why, and he said that he was doing all he could to protect his right arm and would not take even the slightest chance of hurting it. I think he must have known that he had a valuable asset to protect, as history has shown us: 20 years in the majors, the greatest New York Met of all time (Tom Terrific), over 300 wins , 12-time all-star, three-time Cy Young winner, nine-consecutive 200-strikeout seasons, and a virtually unanimous choice for the Hall of Fame.

Fast forward to 1968. I had graduated from USC in 1966, and after a semester of graduate school, I joined the service. In 1968, I found myself as an instructor in the Army stationed outside of Indianapolis. As luck would have it, I had an uncle who lived in Cincinnati. He was a rabid Reds fan, with box seats behind the visitor’s dugout on the first base side.

He invited me to drive to Cincinnati see a Mets game at old Crosley Field. As luck would have it, Seaver pitched that day—and did he ever.  He pitched a two-hit shutout and got a base hit to boot. Though I didn’t know whether  I could arrange it , I asked my uncle whether he would like to meet Tom. He was thrilled at the prospect.  So, we walked down a couple of rows to the far end of the dugout and I stuck my head in to see if I could see Tom.

Lo and behold, he was sitting at the other end of the bench with an ice pack on his shoulder, sitting next to his catcher, Jerry Grote. I can remember it as if it were yesterday. I leaned into the dugout and called out to him. Somewhat to my surprise, he said something like, “Bruce, what are you doing here?”

He and Grote walked over  and shook our hands. We then spent the next fifteen minutes or so reminiscing, but mostly talking about the game and Tom’s pitching techniques. My uncle was absolutely thrilled; he was like a little boy on Christmas Day. At one point, he asked Tom how he threw his curve ball and asked Grote what the pitch signals were. Tom (and Grote) were so gracious, and only left when one of the coaches told them it was time to go. I will never forget that day and how Tom went out of his way to make my uncle (and I) feel like a million bucks.

Over forty years passed before I saw Tom again. As you know, Tom became a winemaker in Napa after he retired. His label was GTS (George Thomas Seaver), and he made an outstanding cabernet. Ten years ago my son got married in Napa. Purely by happenstance, my wife and I ran into Tom at the Model Coffee House in St. Helena. Although he was a little hazy about my identity, he soon remembered who I was and we ended up having a lively conversation. We talked some about USC and baseball, but he mostly wanted to talk about his career as a “wine farmer” and his family.  He seemed to be very content with his life in the Valley and seemed to fit in beautifully. Some people recognized him, but it was no big deal. The guy who was wearing bib overalls was a million miles and lifetimes away from his days as a super star. That was the last time I saw Tom, but the memory is indelible.

All Trojans should be proud of Tom Seaver, the Hall of Fame pitcher, but more importantly as a man who lived his life with character and dignity. Rest in peace, Tom Terrific!