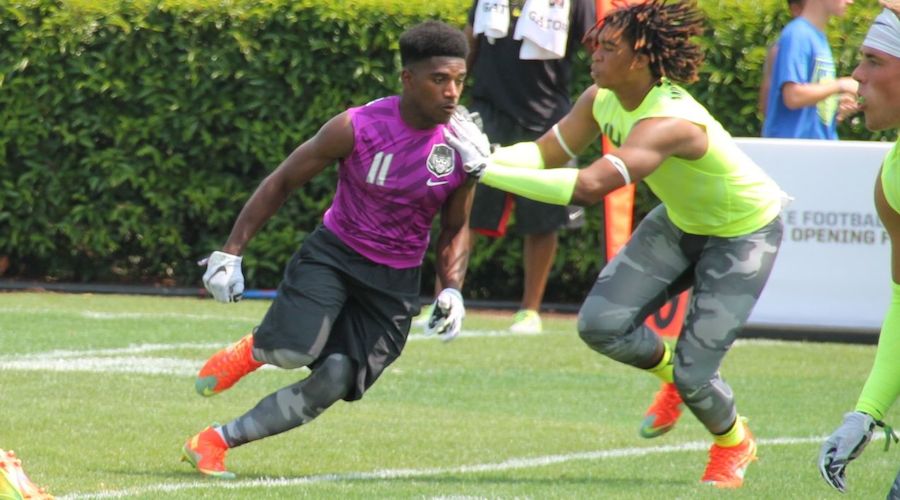 As the Trojans prepare to open fall camp practices on Saturday they suffered a recruiting loss as versatile athlete Melquise Stovall announced via social media that he would decommit from USC.

Stovall, who is ranked as the No. 234 prospect in the ESPN 300, originally committed to the Trojans last April as a potential running back who could also play corner. He showed himself well on both sides of the ball at The Opening event last month in Oregon and was part of the 7-on-7 team champion Lunarbeast while contributing primarily as a pass-catching option out of the backfield.

It remains to be seen where the Trojans will go from here at the running back spot for the Class of 2016 as Stovall was the only verbal commit at the position, and there was a good chance USC would have been set with taking only one back in this class. USC took three running backs last year (Ronald Jones, Aca’Cedric Ware and Dominic Davis) and already has a verbal commit from Stephen Carr for the Class of 2017.

Stovall plans to take an official visit to Notre Dame and also has offers from schools such as UCLA, Miami, Arizona State, Washington and Cal.

USC now has 15 commits for the Class of 2016 and was ranked at No. 6 in the most recent ESPN team rankings.