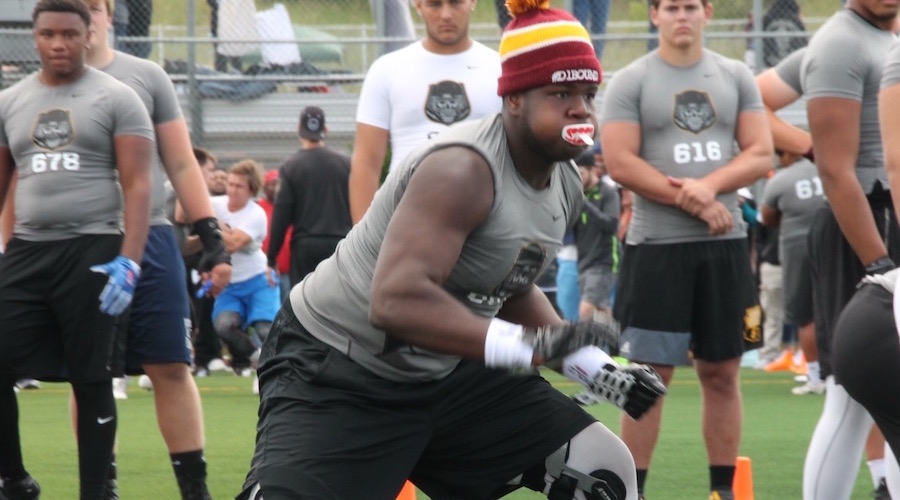 The Trojans picked up a verbal commitment for the offensive line on Monday when Jalen McKenzie announced that he would attend USC.

McKenzie (6-5, 300) is a physically big man who projects at either tackle spot in college, and the football genes are there with a father (Reggie, current Raiders GM) who played at Tennessee and a brother (Khalil) who is there now. He didn’t play as a junior at Clayton Valley HS (ACL injury) and his recruiting rankings vary from the #33 OT by Scout to the #41 OG by ESPN.

McKenzie was on an unofficial visit to USC this past weekend, and will likely be a “blueshirt” scholarship candidate, which means he would not be announced as part of the class of 2017 but would be put on scholarship after the first day of fall camp in August as a member of the class of 2018. Of course, those plans could always change between now and signing day.

USC now has four offensive line prospects who will be on the roster next fall with McKenzie joining fellow commits Andrew Vorhees, Brett Neilon and Alijah Vera-Tucker.