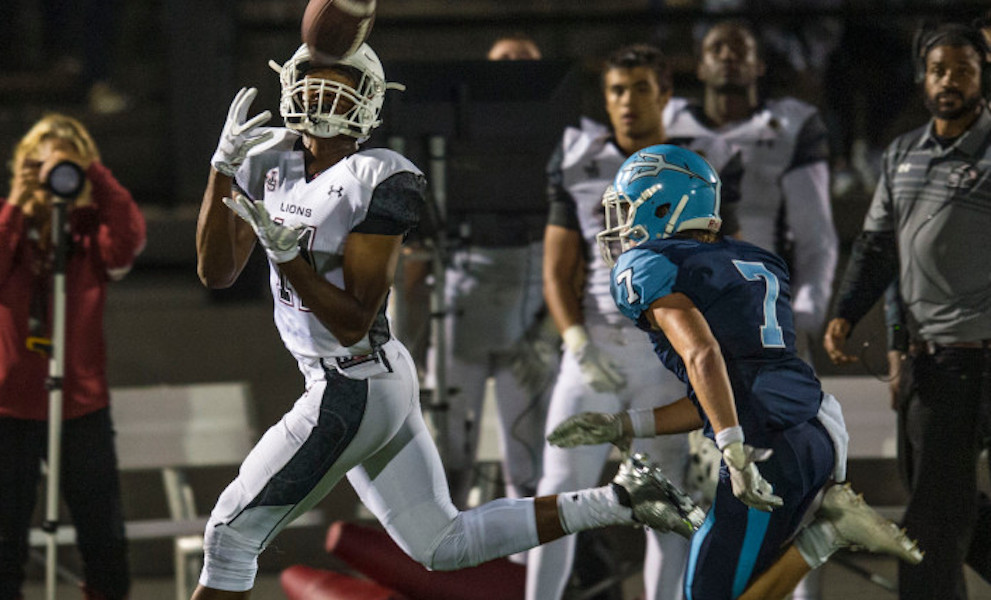 The Trojans got a verbal commit today from wide receiver Munir McClain (6-4, 210) of JSerra.

McClain is the brother of USC class of 2018 signee OLB Abdul-Malik McClain, and playing together was important for the brothers. They had played together in 2016 at Santa Margarita and 2017 at JSerra.

Munir had offers from ASU, Colorado and Nebraska, among others. He is known for his speed at 6-4, he had 19 catches for 390 yards and four TD’s in 6 games last year before suffering a knee injury.

McClain is the first commit for the Trojans in the class of 2019, following the commit and de-commit of linebacker DeGabriel Floyd (who recently committed to Texas). The Trojans signed two receivers in the class of 2018, Amon-Ra St. Brown and Devon Williams, and John Jacksonn III will be joining the roster as well.