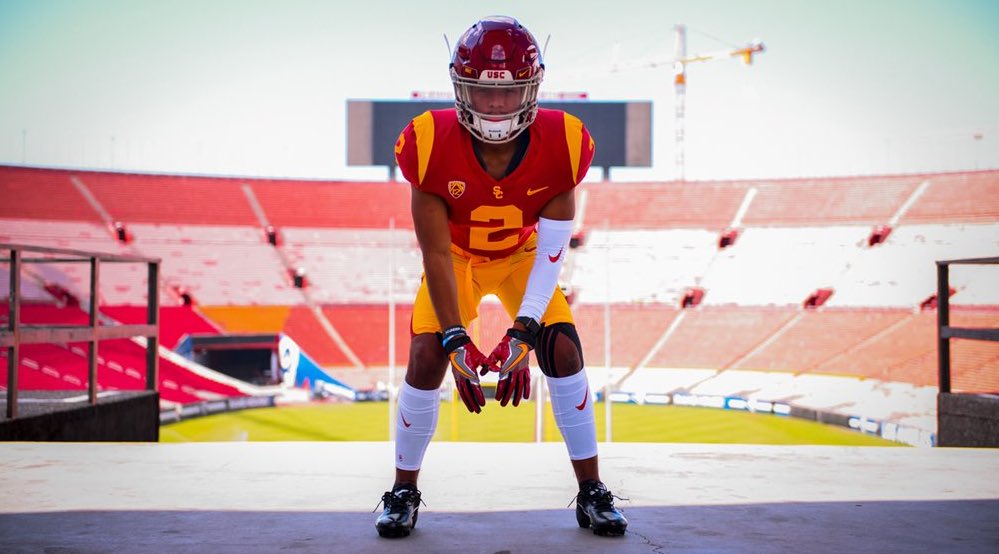 In a move that had been widely anticipated, Serra cornerback Max Williams made his college destination known today when he announced via social media that he would attend USC.

Williams (5-8, 170) is ranked as a 4-star prospect by 247Sports and is the #14 corner in the country. Other schools on his short list included Louisville, Notre Dame and Alabama but Williams has long been considered a USC lean, and that didn’t change even after Max suffered a knee injury that required surgery in his first game of of the 2019 season.

The corner position is a major priority in this class for USC and Williams joins Chris Steele and Trey Davis as potential corners in the class, and he is the 15th commit overall for the Trojans in this class.

Williams is considered to have tremendous athleticism and ball skills, along with a tenacious and aggressive playing style. Also has good anticipation and jumps routes very well.