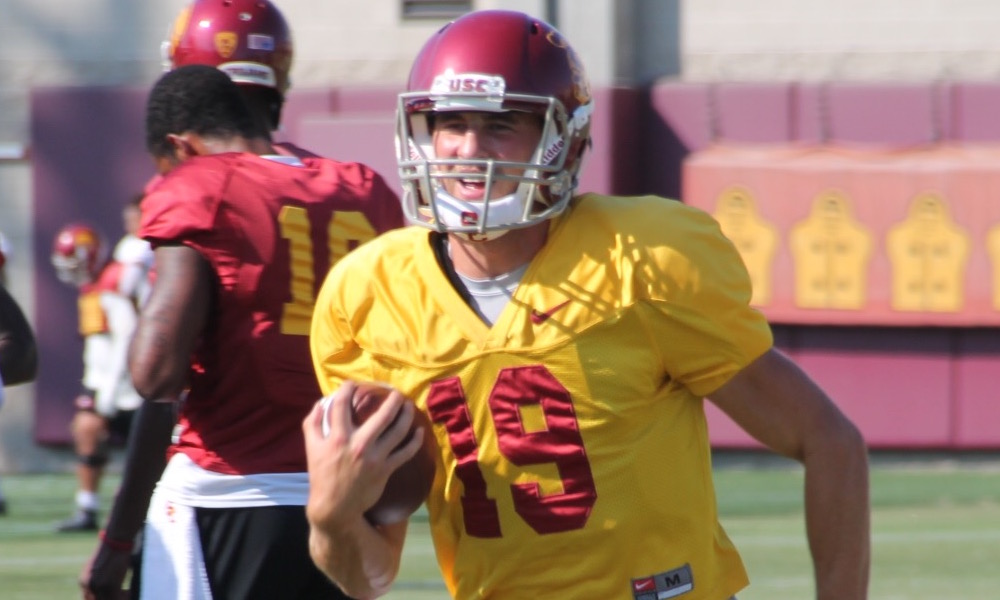 Los Angeles – In what appears to be a possible reaction to the internal depth chart release after the conclusion of spring ball, junior USC Trojans quarterback Matt Fink has placed his name in the NCAA Transfer Portal, according to ESPN.

“It was a tough decision to say the least, but I think it’s best for myself to get the word out that I’m graduating (communications major) and that I’m able to play for two years,” Fink told ESPN. “I’m looking for a school that fits me and is ready to get the ball rolling.

“I’m not fully committed to leaving,” he said. “It’s not like USC doesn’t fit me anymore. I just think there might be better opportunities. If there is something out there and it fits me well and they will take me in, that’s the place for me.”

The comments by Fink, who attended local Glendora (Calif.) High, would seem to all but guarantee that the dual-threat quarterback will not be returning to Troy for the 2019 season. It would seem that something unforeseen would have to happen for his return.

Fink is expected to get his degree in July and the timing appears to be a positive for him.

The appearance of Fink’s name in the transfer portal may be the first shoe to drop in the quarterback competition that was recently completed with the conclusion of spring practice. Fink was competing with sophomore returning starter JT Daniels, sophomore Jack Sears, and true freshman Kedon Slovis. With Fink’s impending departure, it would appear that Slovis would be the No. 3 USC quarterback with Daniels and Sears still battling it out in August for the coveted starting position.

Trojans’ head coach Clay Helton had said prior to spring ball that he wouldn’t be naming a starting quarterback, but did say at conclusion of the 15 days of spring ball that he and offensive coordinator/quarterback coach Graham Harrell would sit down with each quarterback and tell them where they stood and if a game were played “today,” who would be the starter.

With the Trojans’ offense switching to offensive coordinator Graham Harrell’s version of the Air Raid passing attack, it appeared that Matt Fink might fit into the system better than Clay Helton’s previous offensive system. However, Fink was inconsistent during the spring, and Graham Harrell told the media that the athletic quarterback (6-3, 200) also needed to work on his leadership skills. Harrell said that when Fink was positive in the huddle, he was very good, but when he came off as negative, it affected his play and that of his teammates.

Stay with WeAreSC for the latest coverage of the Matt Fink situation and further updates sure to follow.