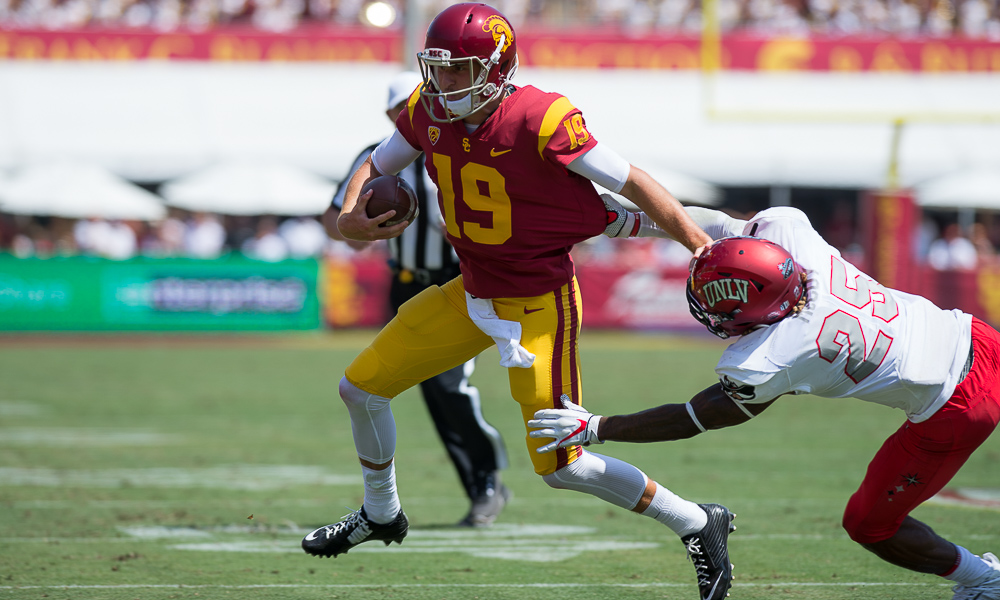 USC players weren’t shy about testing the transfer portal this offseason, but now three Trojans who entered their names have returned to the team, as quarterback Matt Fink became the latest, joining cornerback Greg Johnson and wide receiver Velus Jones.

Fink took to instagram to announce the news, posting a photo of himself as a child in a USC jersey, with the caption:

“Thank you to all the coaches that have reached out to me and gave me an opportunity to continue my career elsewhere, but after a long month of soul searching, I have decided that my football future will continue here at USC with this special “Band of Brothers.” #FightOn‬Forever”

The quarterback position at USC was unsettled coming out of spring ball, as returning starter JT Daniels battled alongside Fink as well as redshirt sophomore Jack Sears and true freshman Kedon Slovis. Fink had a bit of an up and down spring ball, but there were certainly days where he looked capable of performing as the starter for the Trojans.

This is another positive development for the Trojans over the past several weeks, as USC gained a commitment from graduate transfer offensive tackle Drew Richmond, and looks poised to add a pair of dynamic true freshmen, in wide receiver Bru McCoy and cornerback Chris Steele.

In getting Fink back, the Trojans again have four scholarship quarterbacks on the roster, and three with playing time under their belts.