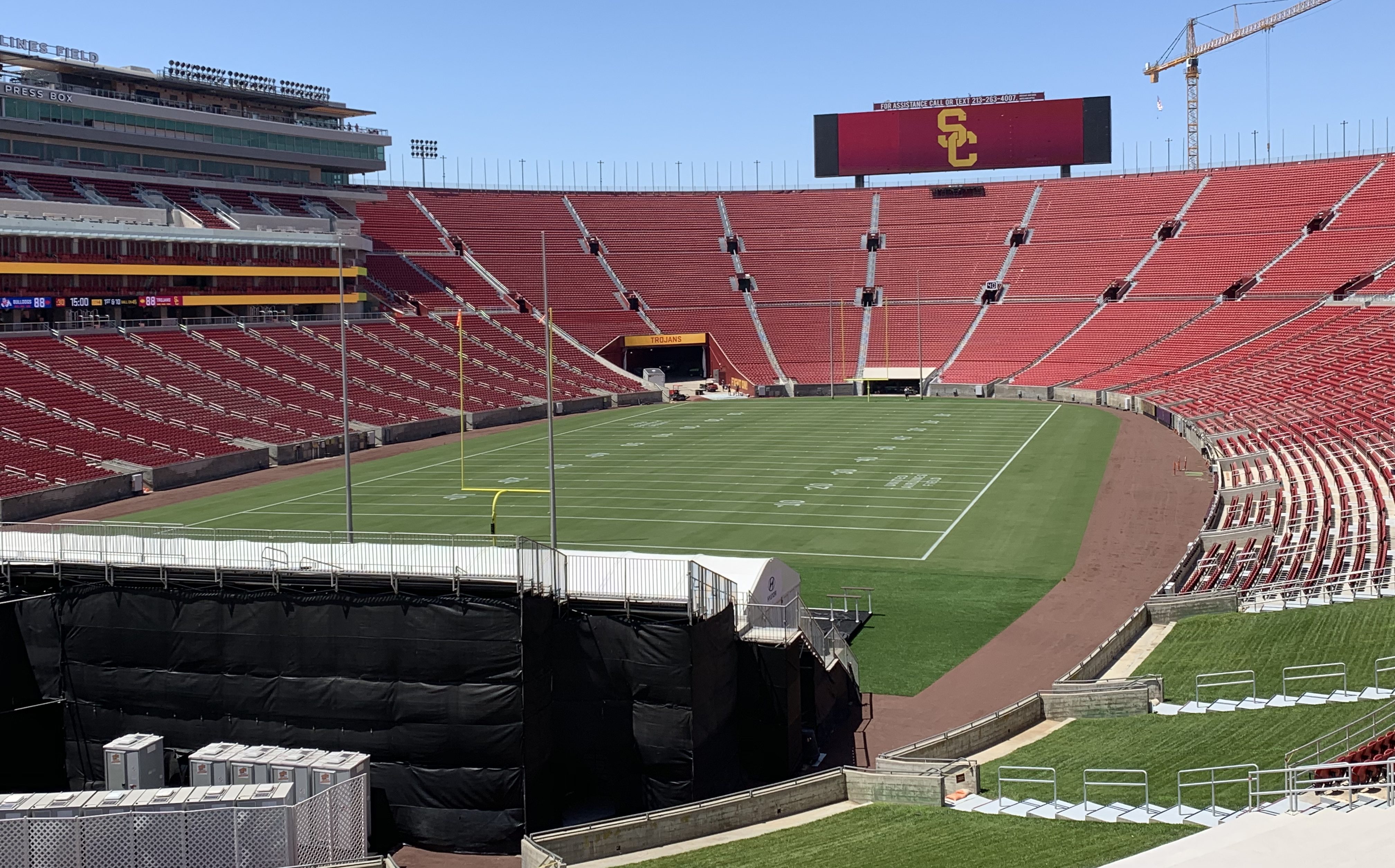 After a $315 million renovation project, the new-look Los Angeles Memorial Coliseum was unveiled to the media on Thursday morning.

Now officially named United Airlines Field and the Los Angeles Memorial Coliseum, officials showcased the stadium’s new features, designed to enhance the gameday experience for every fan, and provide a homefield advantage for the USC Trojans.

Improvements throughout the stadium include replacing every seat in the bowl, and adding handrails to aisles, as well as cupholders to seats. Cracked concrete was fixed, as well as leaks were repaired, and one of the biggest changes fans will notice is the peristyle is in full view again, as advertisements have been taken down, and the mural has been restored.

Six hundred television screens have been installed throughout the stadium, as well as two electronic ribbons that run the length of the Scholarship Tower, providing in-game information. The live radio broadcast will be played at concessions, ensuring that fans not at their seats will still be connected to the game.

But the biggest change comes in the form of the tower, an eight-story new construction that houses suits, a club level, the press box, and a roof deck, dubbed the 1923 Club.

There are also many touches that the general fan will appreciate as well, as it finally feels like this is USC’s permanent home, from the color theme present throughout, to banners hanging and artwork that celebrates USC players, games, and moments.

There have also been updates to seating, as now the bowl seating is split into three levels — 100, 200, and 300, with wayfinding signs that make it much easier for fans to locate their seats.

Overall, this was a really impressive unveiling, and while the tower marks a fairly stark contrast with the past look of the bowl, the stadium still has a very impressive look.

Here are a few photos from today’s media tour: