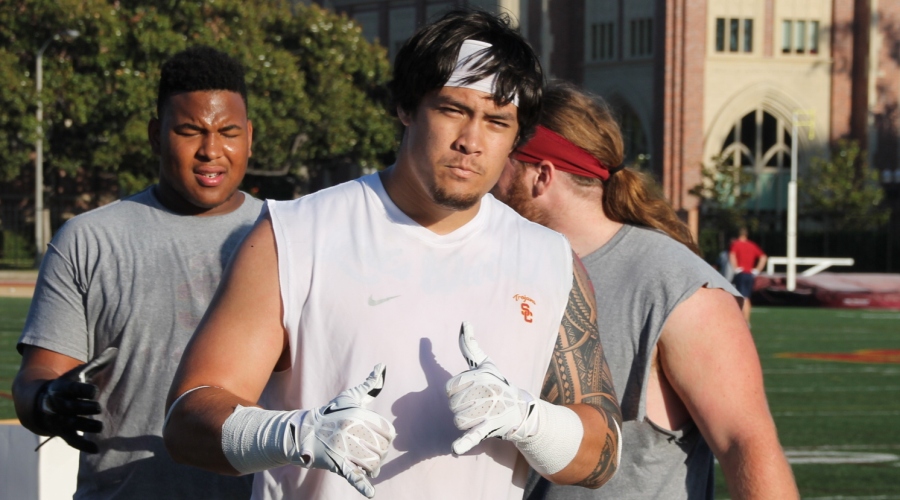 USC center Toa Lobendahn will miss the remainder of the 2016 season with a torn ACL in his knee suffered in the Alabama game.

Lobendahn had returned for fall camp after undergoing knee surgery late in 2015, due to an injury suffered against Utah in late October.

The versatile junior had started at four different line spots for the Trojans in his career (all but right tackle) and he was making his 21st start against the Tide.

Nico Falah, a redshirt junior, had worked as the first string center in spring and summer drills in Lobendahn’s absence, and he will take over as the starter.