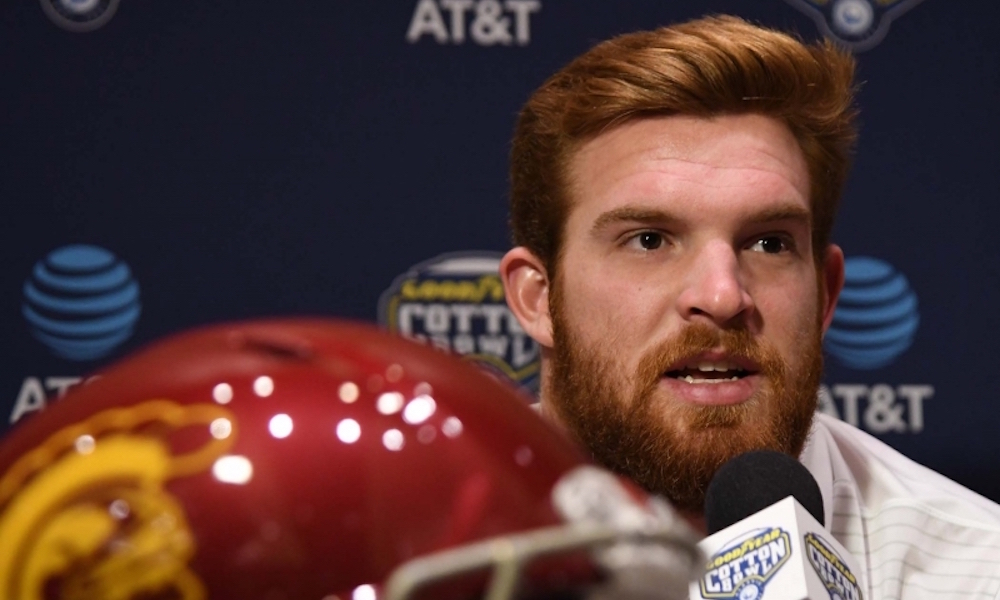 USC senior inside linebacker Cameron Smith (photo above) was named the Most Valuable Player of the 2018 Trojan football team at the annual awards banquet Wednesday night at USC’s Town & Gown.

Senior cornerback Ajene Harris was named the Most Inspirational Player.

Smith made 81 tackles in 2018 to become the first Trojan in nearly 40 years to top the team in tackles in 3 consecutive seasons.  Harris had 57 tackles, 7 deflections and an interception return for a touchdown while playing nickelback, free safety and strong safety.

Special Teams Player of the Year:  inside linebacker Reuben Peters