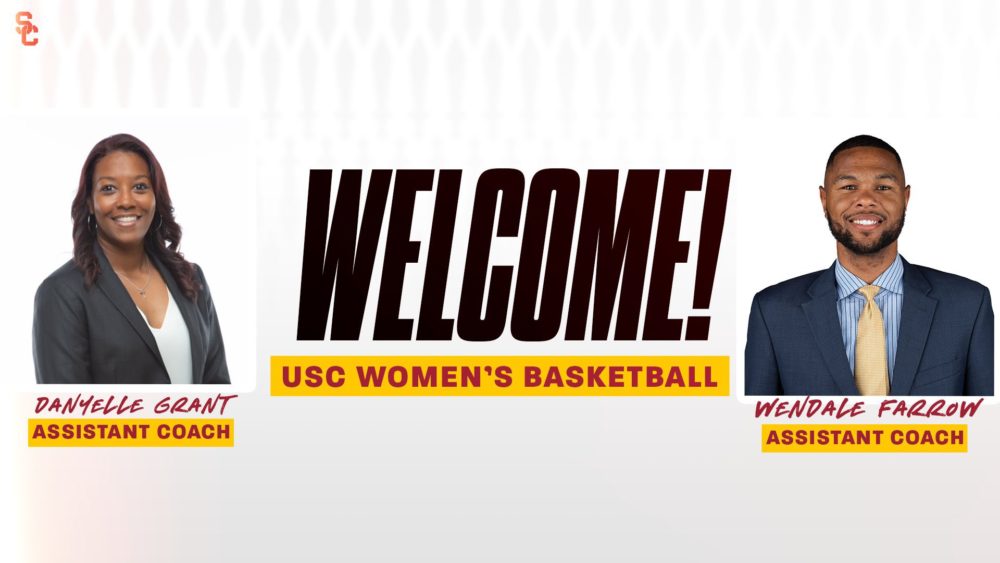 Grant comes to USC after spending six years at Utah and is very familiar with the Pac-12 conference. A Los Angeles native, Grant played at Utah State, where she still ranks third all-time in assists and steals. She was the school’s player named to the all-conference First Team.

“I have long admired the work that Danyelle has done in our game, and I’m so excited to bring her talents back to her hometown of LA,” Gottlieb said of Grant via an announcement from USC. “Dany has earned a reputation of a strong work ethic, integrity, exceptional relationships and basketball acumen with coaches and players across the basketball community. She is going to be a game changer for the future of Trojan women’s basketball, and I’m so looking forward to working with her every day.”

Farrow is also very familiar with the Pac-12, having worked in the video department at UCLA and serving as an assistant coach at Cal for five years. Three of those seasons at Cal were spent working with Gottlieb.

“I had the privilege of working with Dale for three years, and I saw firsthand the level of energy, preparation and care that he brings to a team each and everyday,” Gottlieb said of Farrow in a statement. “He is passionate about basketball strategy and equally passionate about investing in the betterment of young people. He is a servant leader and will embody the type of excellence we are about in our USC women’s basketball program.”

The coaches will have two very talented freshmen this season. Center Clarice Uche Akunwafo and guard Rayah Marshall were both named to the Jordan Brand Classic roster this season and both were also McDonald’s All-Americans.

But they’ll need to overcome the loss of Endyia Rogers, who led the Women of Troy in minutes, points, rebounds and assists last season. Rogers entered the transfer portal and recently announced that she will decide between Arizona and Oregon.

USC finished 11-12 last season, going 8-10 in conference. The Trojans beat Arizona State in the opening round of the Pac-12 Tournament but then lost to Stanford, 92-53, ending their season.

Gottlieb has one more assistant coaching vacancy to fill in order to complete her staff.